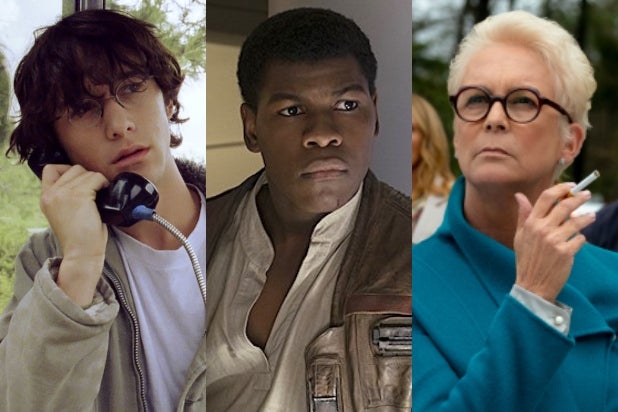 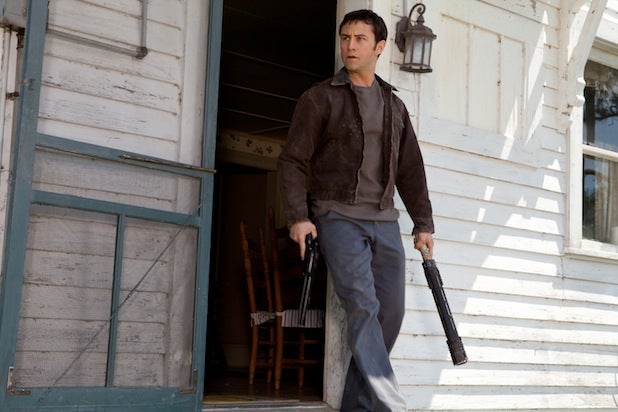 Photo credit: Sony
5. "Looper" (2012) The first half of Rian Johnson’s first sci-fi film is so intricately realized that you might not even notice it doesn’t make sense. “Looper” takes place in a world where assassins like Joe (Joseph Gordon-Levitt) are hired to kill people who are sent back in time from the future, and are eventually expected to kill older versions of themselves. When his future self (now played by Bruce Willis) comes back, he escapes, and it’s up to this reckless young man to literally destroy his own future. “Looper” is inventive and electric, cleverly combining film-noir, western, time-travel and cyberpunk genres, but the second half devolves into uninspired “Terminator” territory, and the subplot about psychic powers feels like it’s from a completely different and significantly less interesting movie. 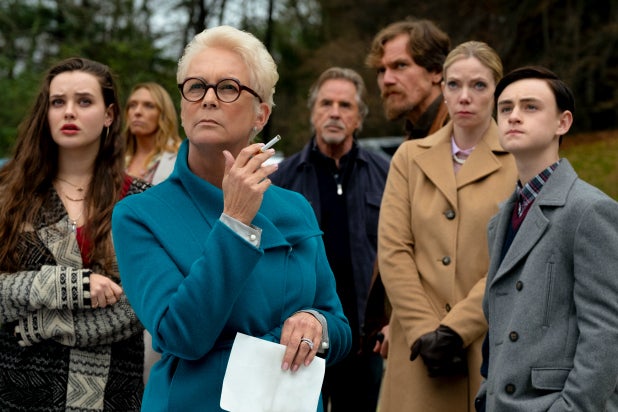 Photo credit: Lionsgate
4. "Knives Out" (2019) Johnson assembles a superlative cast for his Agatha Christie–esque whodunnit, with Jamie Lee Curtis, Michael Shannon, Chris Evans, Toni Collette and Don Johnson playing the family of a wealthy mystery novelist, played by Christopher Plummer, whose sudden, suspicious death attracts the attention of Daniel Craig's super sleuth. They’ve all got motives, but “Knives Out” is more interested in the victim’s hired help, played by Ana de Armas, who has one hell of a secret. Johnson’s whirligig direction and gleaming ensemble keep “Knives Out” engaging and kooky, but the filmmaker’s efforts to give this airplane-novel narrative deeper meaning feel perfunctory. Worse, the mystery runs out of steam quickly and, despite some valiant efforts, never quite picks up again. “Knives Out” is never dull, but it doesn’t have much of a point. 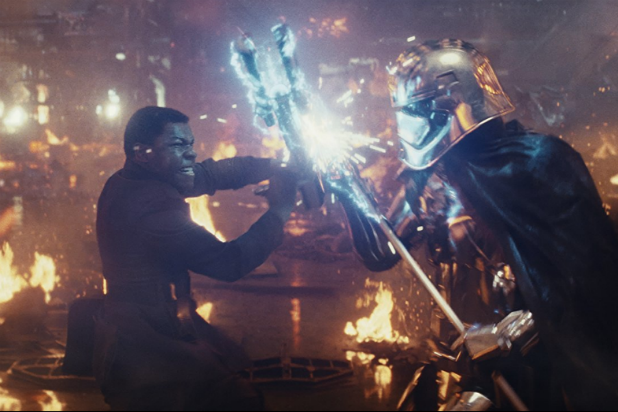 Photo credit: Disney
3. "Star Wars: Episode VIII - The Last Jedi" (2017) The second film the latest “Star Wars” trilogy somehow manages to be just as bold, fresh and invigorating as “The Empire Strikes Back,” while still following that movie's same basic structure. Johnson’s film splits the cast up, teaches us brand-new ideas about the Force, explores the connection between fascism and capitalism, builds on the connection between the hero and the villain, and gives us one hell of a twist. It’s so overstuffed with amazing set pieces and fascinating ideas that it can’t help but burst a little at the seams. Not every idea is explored to fulfillment, and some of the plot points are controversial, but “The Last Jedi” dares to take a familiar franchise into exciting new directions, and effectively takes the safety off of the entire “Star Wars” mythology. As a stand-alone film it’s messy, and yet it’s exactly what the series needed. 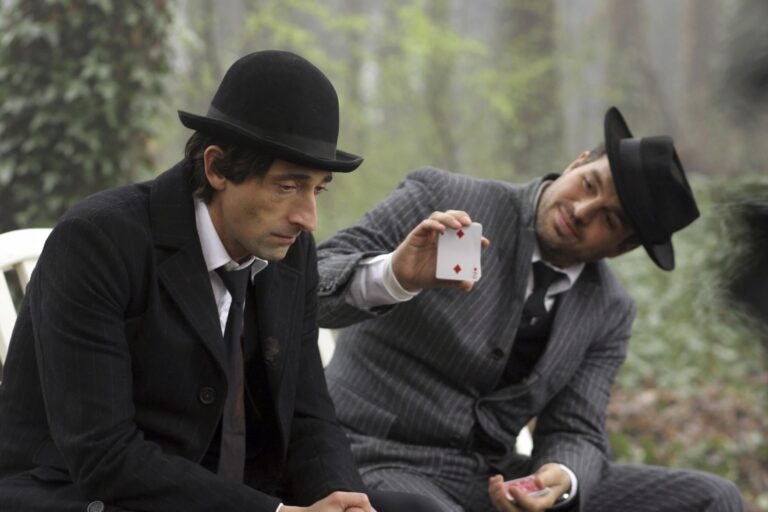 Photo credit: Summit Entertainment
2. "The Brothers Bloom" (2008) The con-artist sub-genre is typically a cynical one, in which nobody can be trusted and even the audience is treated like a mark. But Johnson’s effervescent, romantic “The Brothers Bloom” is an entirely different kind of racket. Adrien Brody and Mark Ruffalo play brothers who don’t just trick their victims, they weave complicated fictions full of subtext and character development which leave everyone happy. Even if they just got bilked out of all their money. When their latest target turns out to be a quirky genius, played to perfection by Rachel Weisz, their story begins to unravel in unexpected ways. Crackerjack entertainment and thoughtful character-driven drama, with a villainous turn by Maximillian Schell that will make your skin crawl. 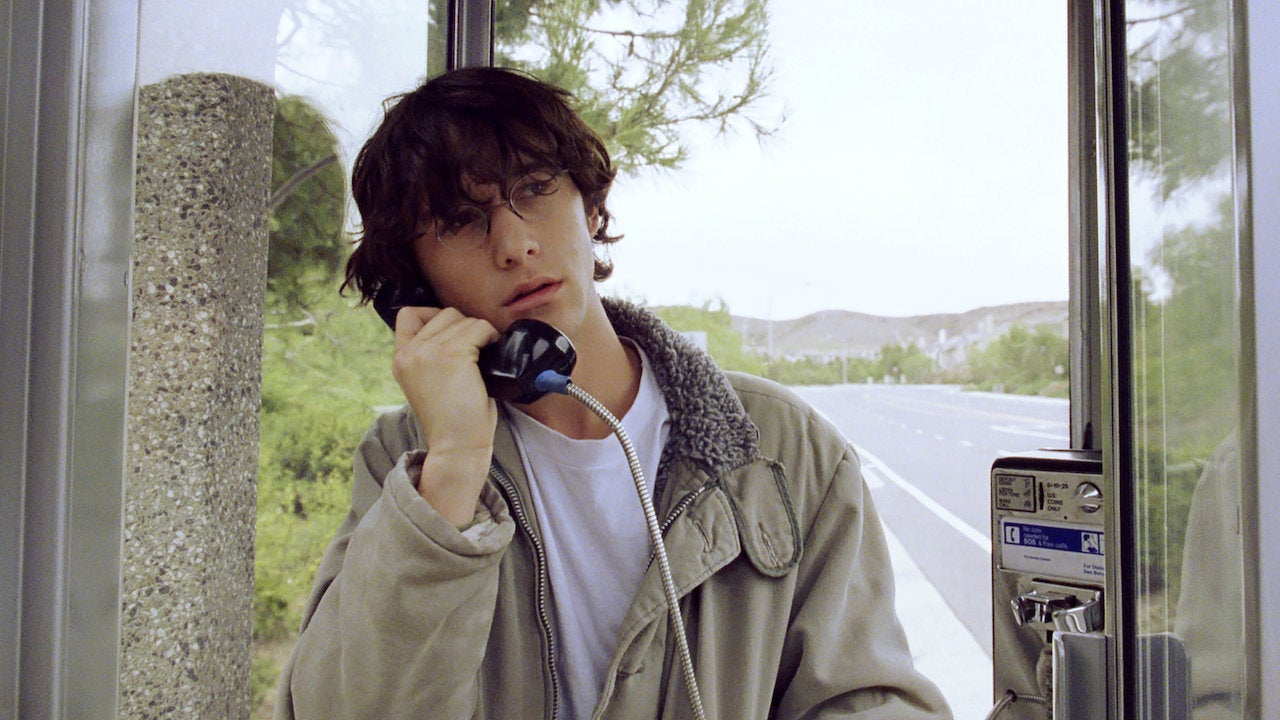 Photo credit: Focus Features
1. "Brick" (2005) Johnson’s debut feature is still, impressively, his best. Joseph Gordon-Levitt stars as a high school iconoclast investigating the disappearance of the only girl he’s ever loved, played by Emilie de Ravin. His search reveals shocking truths and fascinating characters inside all the high-school caste systems, in a narrative which successfully transforms John Hughes archetypes into a densely crafted, hard-boiled noir ensemble. “Brick” gets playful with the teen sleuth premise, and occasionally gets a guffaw for taking its gritty style too seriously, but beneath the high-concept veneer, Johnson is telling a powerful story about love, loss and loneliness. It’s as potent as any neo-noir, and Johnson’s trademark cleverness never gets in the way of the story’s walloping gut punches.
x
Looks like you're enjoying reading