Sundance’s breakout documentary "Catfish" has been getting plenty of buzz, but not for all the right reasons. 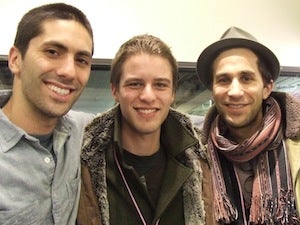 But while Nev’s saga turns him into a highly sympathetic character, some viewers suspect the documentary is a work of fiction, that the camera seems unusually lucky to be in the all the right places at all the right times.

TheWrap sat down exclusively with the fiommakers to talk about the reaction to the film … and the complaints. At an ice cream shop on Main Street Eric Kohn spoke to Schulman (left in photo) and the film’s co-directors — his brother Ariel (right) and Henry Joost (center) – .

Did you expect the movie to get so much attention?

Joost: When we would tell the story to people while we were making the film, they would have a very strong reaction to it, so we knew it was good. We told it to a friend after we got back from Michigan [where they travel during the movie], and he was like, "This is yours to f— up." Basically, we had the right story and just needed to figure out how to tell it.

Much of its success comes from the element of surprise. How do you expect to keep that under wraps as its visibility increases?
Nev: I think what’s making the movie successful is that the first half builds up a great expectation for the second half, but the discovery that comes after that is really what makes the film stay with people. There’s a love story that’s resolved, but there’s another layer that’s so much deeper, and that’s what makes people really respond. Whether they know what they’re seeing going into it doesn’t change the reaction.

What about the allegations that you made the whole thing up? 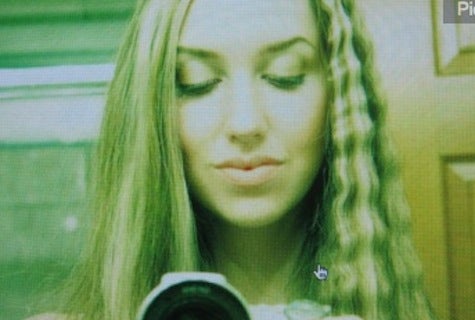 Joost: It was unbelievable when it was happening to us. But it did happen; it’s all totally true. The only thing we re-created were the close-ups on the computer screen. None of the scenes were staged. People are responding to how the story is so streamlined like a narrative film. We actually considered having talking heads. Ultimately, we decided we had the footage to back up this straight narrative.

Ariel: The cut we submitted to Sundance was significantly longer. The more of the footage you see, the more convinced you are that it’s real. The first conversation Nev has with Megan is probably two and a half hours long, but you see less than two minutes of it in the movie.

Would you make that footage available to dispel allegations of falsehood?
Joost: If it came down that, we could totally prove this stuff, 100 percent.

Nev:  A big question I ask myself is, "How could I have gotten sucked into that?" I think of myself as a smart guy. I’m a New Yorker and tech-savvy, but here I was, convincing myself every day that this was real. Ariel and Henry were just along for the ride and interested in filming me because I was getting so involved.

So anyone who’s skeptical of whether we were skeptical is absolutely right. We were. But to include that in the film is an entirely new element that would take that story in a different direction. For the purposes of streamlining the story into something people could watch, it had to happen this way.

In the press notes, you say that you constantly document your lives, and yet there’s hardly any mention of the production on your website.
Nev:We just haven’t had time. We finished a few days before we got here.

Do you see this movie as a cautionary tale for people who use social networks?
Nev:  For me, it’s really about vulnerability. I didn’t consider myself a vulnerable person before this happened to me, and now I have to reassess how I put myself into the world.

Do you think the woman you met over Facebook is able to receive the newfound exposure that the movie might bring her?
Joost: She’s open to it. She wanted to come to Sundance but just couldn’t make it. We’ve been talking to her almost every day.

Will she speak to journalists about the movie?
Ariel: Well, she still hasn’t seen the film.

Joost: I don’t think it would be fair. We really want her to see it

and we’re arranging for that happen.

Does Facebook know about the movie?
Joost: I hope. We haven’t talked to them.

Ariel: Some people from YouTube came to a screening, and they were really into it.

What sort of release do you want for the film?
Joost: We just want the most amount of people to see it. We’re taking our time to find the right distributor.

Ariel: We really want it to start a conversation as globally as possible. It’s a fairly universal story. Anyone can see how it relates to them.

See previous: Doubts Swirl About the Truth of ‘Catfish’