Universal has given the July box office a big start, as the second weekend of its tentpole blockbuster “F9” has combined with the openings of DreamWorks’ “The Boss Baby: Family Business” and Blumhouse’s “The Forever Purge” to push movie theaters to their strongest weekend since Memorial Day.

While Sunday numbers are expected to be lower than usual due to 4th of July festivities, Universal projects that its three films will gross a combined $75 million when Monday numbers are included. That would push the overall 4-day total to $105 million, topping the $98.3 million fueled by Paramount’s “A Quiet Place — Part II” on Memorial Day weekend.

Leading the way is “F9” with a $24 million 3-day/$32.7 million 4-day total, which would give it $126 million through two weekends. The “Fast & Furious” installment set a new post-pandemic record by hitting $100 million domestically, and on Monday it is set to become the first Hollywood movie since the pandemic to gross $500 million worldwide, currently holding a total of $491 million through Sunday. 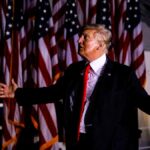 In second is “Boss Baby: Family Business,” which isn’t being hindered much by its day-and-date streaming release on Peacock, as it has earned a $17.3 million 3-day/$23 million 4-day opening. Though that total is notably lower than the $50 million opening of the original “Boss Baby,” it is also a notable step up from the $10 million opening of “Peter Rabbit 2” last weekend, showing possibly increased confidence among families in returning to the movies as they comprised 77% of the film’s audience this weekend.

While critics were mixed with a 48% Rotten Tomatoes score, the film posted an A with audiences on CinemaScore with a 74% positive rating on Postrak.

“The Forever Purge” is in third with a $12.7 million 3-day/$15.8 million 4-day total. Of the three new entries, this one has the lowest production budget at a reported $18 million. As expected, it also took a drop from previous franchise openings, with 2018’s “The First Purge” earning a $31 million extended 5-day opening as it opened on a July 4 Wednesday.

Also Read:
Just How Much Will ‘F9’ Rev Up the Box Office?

Reception for “The Forever Purge” was more mixed with a B- on CinemaScore, lower than the series-high B+ earned by “The Purge: Election Year” in 2016. But Postrak scores were 72% positive. Audiences 18-24 were the highest turnout at 39% while Black and Latino audiences combined to comprise 50% of the weekend’s audience.

Farther down the charts, A24 released the indie crime dramedy “Zola” on 1,468 screens, opening on Wednesday in an effort to build word of mouth. Over six days, the film has grossed $2.45 million, selling out arthouse theaters in New York and Los Angeles.

While “Zola” just cracked the Top 10 as grosses for wide releases continue to inch higher, its arrival has brought some relief to arthouse cinemas which have been struggling to find revenue with little indie fare being released. A24 reports that some specialized cinemas that screened the film reported their highest weekend revenues since the pandemic began thanks to this 2020 Sundance title. “Zola” has been praised by critics with an 87% Rotten Tomatoes score, though audiences were a bit cooler with a 70% RT score.