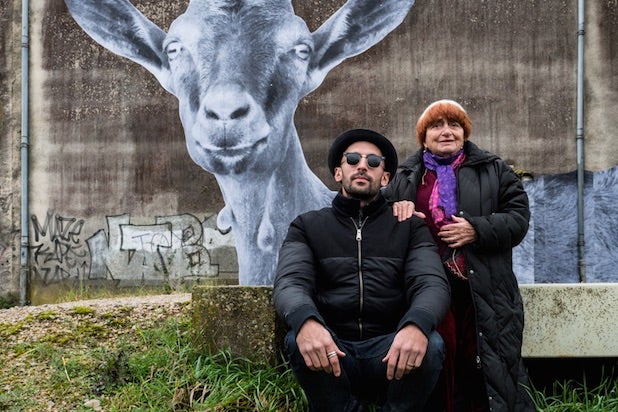 Agnes Varda, Errol Morris, Steve James and Laura Poitras are among the documentary filmmakers who have placed films on DOC NYC’s 2017 Short List of the year’s most awards-worthy nonfiction films, an annual list that typically serves as an accurate predictor of docs that will receive Oscar attention.

The list includes Varda and JR’s wry travelogue, “Faces Places”; Morris’ look at portrait photographer Elsa Dorfman, “The B-Side”; James’ chronicle of a small family firm that became the only bank prosecuted in the aftermath of the financial meltdown, “Abacus: Small Enough to Jail”; and Poitras’ film about Julian Assange, “Risk.”

The list also includes Greg Barker’s “The Final Year,” a look at key members of Barack Obama’s foreign-policy team during the president’s last year in office. That film will also serve as the opening-night attraction at the DOC NYC festival, which will run from November 9-16 in New York City.

The filmmakers from most of the shortlisted films will attend DOC NYC on Friday, November 10, and will participate in four thematic panels.

Five of the films – “The B-Side,” “Chasing Coral,” “Icarus,” “One of Us” and “Strong Island” – are Netflix documentaries.

This is the fourth year that DOC NYC has compiled a 15-film Short List. Last year’s Short List included nine of the 15 films that ended up on the Oscar doc shortlist, while the 2015 list included 10 of the 15 and the 2014 list had nine of the 15. Over those three years, only one eventual Oscar nominee in the documentary-feature category, 2014’s “Virunga,” didn’t first appear on the DOC NYC Short List.

DOC NYC Artistic Director Thom Powers told TheWrap that the organization “started with a long list of around 30 films that feel like worthy  contenders for the Oscar short list based on festival accolades, reviews, box office. Then we made hard choices to arrive at 15, factoring not only our personal choice, but also evaluating what titles appear to have momentum. We informally sought opinions of other tastemakers, tried to represent a range of styles, voices and content and ultimately fell back on our own curatorial instincts.”

Powers, however, warned that he thinks this year’s Oscar race is more open and unpredictable than usual, making it harder to identify which films will register with the Academy.

“This is the first year doing this when I don’t think there are clear front runners,” he said. “For people who like an awards race with surprises, this year should be full of them.”

Also at the DOC NYC festival, special awards will go to filmmakers Heidi Ewing and Rachel Grady and to the Ford Foundation’s Cara Mertes, who formerly worked at the Sundance Institute Documentary Film Program and at POV.