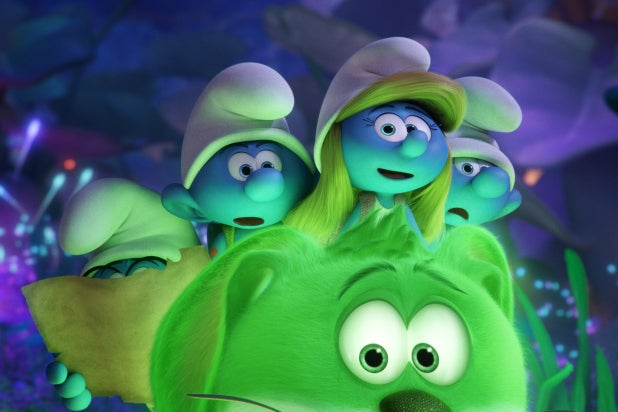 After the most competitive and profitable March in movie history, box office analysts are expecting a much slower April starting with this weekend, where Sony Animation’s “Smurfs: The Lost Village” highlights a list of new releases that aren’t expected to compete much with “The Boss Baby” and “Beauty and the Beast.”

Aside from next weekend’s “The Fate and the Furious,” which is expected to make well over $100 million in its opening, April should serve as somewhat of a rest period on the movie calendar before “Guardians of the Galaxy Vol. 2” kicks off what is expected to be a very busy summer blockbuster season. As for “Smurfs,” independent trackers are estimating a $22 million opening weekend. Sony is projecting a $17 million weekend, but also expects a strong holdover the following weekend despite competing against “Fate,” with kids off from school for the Easter holiday.

Also Read: 4 Reasons Why 'Ghost in the Shell' Was A Box Office Malfunction, Despite Scarlett Johansson

“A PG rating used to be seen as a weak medium for family movies; not edgy enough for the big kids and too intense for the really young kids,” said comScore’s Paul Dergarabedian. “But PG is now the perfect rating. Slot your movie and its message and execution right into that sweet spot and it can be very profitable.”

Last weekend, “Boss Baby” performed well above its $33 million projections, making $49 million and just edging out the $48 million made by “Beauty” in its third weekend to swipe the top spot.  If “Smurfs” performs to projections this weekend, it’s possible we could see “Beauty” take back the top spot for one more weekend before “Fate and the Furious” takes it for the rest of the month.

“Smurfs: The Lost Village” sees the titular blue creatures return to an all-animated format after being featured in two CGI-live action hybrids in 2011 and 2013. This time around, Smurfette (Demi Lovato) goes on a quest against the wishes of Papa Smurf (Mandy Patinkin) when she discovers a map that she believes could lead to another village of Smurfs. Of course, the map accidentally winds up in the hands of Gargamel (Rainn Wilson), who hatches a scheme to capture both Smurf Villages.

Also coming out this weekend is “Going In Style,” a comedy from New Line Cinema and Village Roadshow starring Michael Caine, Morgan Freeman, and Alan Arkin as a trio of retirees who hatch a revenge heist against the bank that made off with their pension fund. Directed by Zach Braff, produced by Donald De Line and written by “Hidden Figures” director Theodore Melfi, the film is projected by trackers to make around $11 million while studio projections have it at $8 million.