People are none too pleased with Brad Pitt this weekend after ex-wife Angelina Jolie called him out in a new interview for working with convicted rapist and former Hollywood big shot Harvey Weinstein over her objections.

“Imagine if a man as beloved as Brad Pitt had rung the alarm on Harvey over a decade ago. Things may have been different,” freelance journalist Gennette Cordova tweeted.

Another commented: “Just learned that brad pitt happily chose to work with Angelina Jolie’s abuser and I sincerely hope brad pitt gets kicked in the f—ing nutsack.”

Fans were responding to Jolie’s revelations in a new interview with The Guardian published Saturday. The Oscar-winning actress said that Pitt’s choice to work with The Weinstein Company on Quentin Tarantino’s “Inglourious Bastards” and later “Killing Them Softly” — Weinstein’s company produced the former and distributed the latter — was a sore spot in their marriage, considering her personal history with the infamous producer. 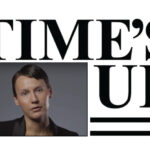 “We fought about it. Of course it hurt,” said Jolie, who described her experience working with Weinstein on the 1998 film “Playing By Heart” was “something I had to escape. I stayed away and warned people about him.”

According to Jolie, she was asked to star in “The Aviator,” but turned it down because of Weinstein’s involvement. “I never associated or worked with him again,” she said. “It was hard for me when Brad did.” 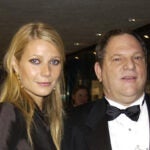 In light of the actress’ words, fans began tweeting their sympathy for Jolie, and outrage at Pitt. Some lamented that change could have come to Hollywood more quickly if he had spoken up.

You can read more reactions to Pitt’s actions below.