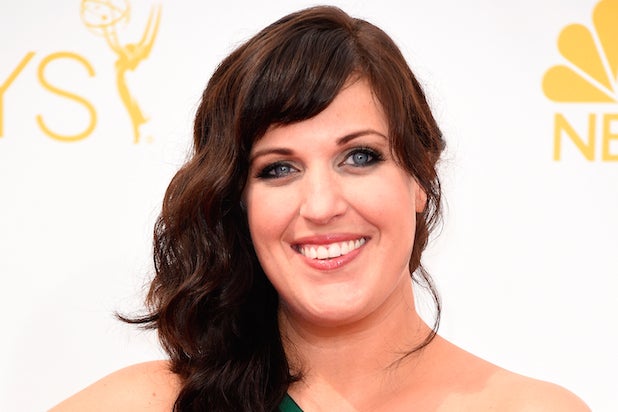 “Fargo” star Allison Tolman may have been surprised to hear her name called out on Golden Globe morning, though she really shouldn’t have been given the strong critical reaction to the FX series.

“I feel so good. I may be even more thrilled about this than the Emmys because I’m excited that my castmates and the show will be up there as well. It makes it even better,” Tolman told TheWrap, which recognized the brilliance of her performance before “Fargo” made its official debut.

While “Fargo” depicts a very specific slice of Americana, the show’s themes are fairly universal, which may be why the international press that comprises the HFPA responded with such enthusiasm, showering the cast with four acting nominations between Tolman and co-stars Billy Bob Thornton, Martin Freeman and Colin Hanks.

“It’s kind of a huge honor. It says a lot about the show and the production that it does have that appeal that crosses those borders,” said Tolman.

Tolman was a complete unknown when she landed the female lead of small town cop Molly Solverson on “Fargo,” and her story gives hope to many actresses who don’t look like typical leading ladies on TV and haven’t caught their big break just yet.

“Overall, I hope my story leads to people casting a wider net and leaving their comfort zone when it comes to casting. That would be ideal. It’d be nice to see actresses we haven’t seen before, who don’t look like everyone else on TV, show what they can do.”

Also read: Golden Globes TV Nominations: Out With the Old, In With the New for Comedies

Tolman, who has moved to Los Angeles since the Emmys, was in bed with her boyfriend and his alarm clock. When it went off shortly after the nominations were announced, she checked her phone and learned the good Golden Globes news from her publicist instead of watching the live announcement.

“I already spoke to Colin and his wife this morning, and I’ll shoot Billy and Martin emails later on. I have to reach out to the producers as well. They’re in Calgary prepping Season 2, so they could use a warm up for sure.”

As much as Tolman would love to bask in the golden glow of her nomination, she’s hard at work on a theater production, so she said she’ll “be celebrating by doing a play in a small black box theater.”

The future is certainly bright for Tolman, who is nearing a deal to star in the Christmas-time horror comedy “Krampus,” which is coming together at Legendary. “Hopefully I can squeeze something else in first, but that’s my genre, so it’s kind of my bag. I’m excited for that to be my first feature film and to go to New Zealand for filming.”

When this reporter suggested Tolman audition for Universal’s Steve Jobs movie on a hunch that she’d work wonders reciting Aaron Sorkin‘s dialogue, she revealed she’d love to work with the award-winning wordsmith.

“I was watching ‘The Newsroom’ and my boyfriend was in the other room. He was like, ‘why are these people talking so fast?’ and I say, ‘it’s Sorkin.’ He said, ‘do they always talk so fast?’ I love him and I’d kill to do his stuff,” Tolman said of the Steve Jobs screenwriter.

Taking a moment to reflect, Tolman looked back on her long journey from unknown actress to Golden Globe-nominated TV star. “‘Fargo’ was such a life-changing experience for me that the opportunity to keep that ball rolling for a few more months and get to ride this wave with these friends and colleagues is the best outcome I can think of for the year. I’m excited to hang out and have fun through another awards season.”

TheWrap wishes her the best of luck, and for more on Tolman’s inspiring story, watch her in our two-part “Drinking with the Stars” video below.