Vin Diesel has unveiled the title for “Fast & Furious 10,” along with news that production on the film has just begun. 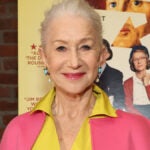 Diesel also previously revealed that Brie Larson was set to join the “Fast” family for the new film, and in a recent interview with TheWrap, Helen Mirren hinted that she was hoping that she could return to the franchise as well.

One actor who won’t be in “Fast X” is Dwayne Johnson, who made his lack of presence official last summer. “I wish them well on ‘Fast 9,’” the actor said. “And I wish them the best of luck on Fast 10 and Fast 11 and the rest of the ‘Fast & Furious’ movies they do that will be without me.” Johnson further resisted a public plea by Diesel later last year for him to reprise his role as Hobbs in the planned final installments in the franchise.