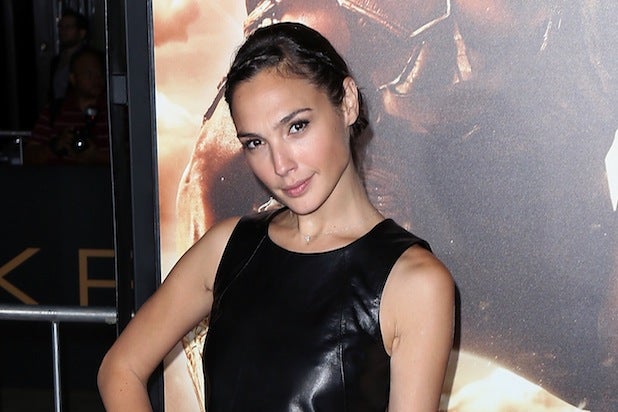 Gal Gadot, the Israeli model and actress who played a supporting role in the past three “Fast & Furious” films, has been cast as Wonder Woman in Warner Bros. upcoming untitled sequel to “Man of Steel,” the studio announced Wednesday.

Gadot’s casting confirms that Wonder Woman will, in fact, be a part of the “Batman vs. Superman” film, which was still a matter of speculation. She will star opposite Henry Cavill as Superman, and Ben Affleck, who Warner Bros. convinced to take the Batman role earlier this year.

Gadot had been one of a few names on the wind for the female lead in the film; Olga Kurylenko and Elodie Yung had also been in the mix, and “Thor: The Dark World” star Jaimie Alexander faintly hinted that there was interest in her direction, too.

“Wonder Woman is arguably one of the most powerful female characters of all time and a fan favorite in the DC Universe,” said director Zack Snyder. “Not only is Gal an amazing actress, but she also has that magical quality that makes her perfect for the role. We look forward to audiences discovering Gal in the first feature film incarnation of this beloved character.”

Gadot was named Miss Israel in 2004 and competed in the Miss Universe pageant that year at age 19. She got her acting start in Israeli TV in 2007, but her break came in 2009, when she beat out six other actresses for the role of Gisele Harrabo in Universal’s “Fast & Furious.”

She would reprise the role in 2011’s “Fast Five” and this year’s “Fast & Furious 6,” and was in the middle of production on “Fast & Furious 7” when co-star Paul Walker died over the weekend in a fiery car crash. The following day, Gadot tweeted:

Lost a dear friend today. So sudden and tragic – @RealPaulWalker was a great man with a big heart and passion. RIP pic.twitter.com/wpaAZcwuxk

Just minutes after her casting was announced Wednesday by Warner Bros., Universal said it was indefinitely shutting down production on “Fast 7” while it decides how to proceed with that film. As TheWrap first reported Tuesday, one of the options on the table is to scrap the production altogether and start over.

“Batman vs. Superman” — just a working title, mind you, but it could wind up being official — is set for July 2015. The film is considered a sequel to “Man of Steel,” though not Christopher Nolan’s “Dark Knight” trilogy, hence Affleck in the Batman role.