On Monday, as part of Geeked Week, Netflix dropped a first look scene of Flora in “Fate: The Winx Saga” Season 2.

The character runs into Terra (Eliot Salt) while she is practicing magic in the woods, in a very floral-type of way. Paulina Chavez is playing the fairy. Her casting was announced last summer.

“The Winx Saga” is the coming-of-age journey of the fairies attending Alfea, a magical boarding school in the Otherworld where they must learn to master their powers while navigating love, rivalries, and the monsters that threaten their very existence, per a logline from Netflix. 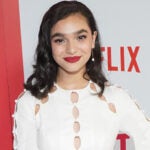 The series, a reimagining of the Italian cartoon from Iginio Straffi hails from creator Brian Young.

The series is an Archery Pictures Production, in association with Rainbow. 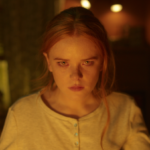