In between tentpole movies, actor Mark Wahlberg has consistently found the time to venture into dramatic territory, specifically hyper-masculine narratives that allow him to play tough guys. (“The Departed” and “The Fighter” represent the best of these efforts.)

While his ideological leanings have never been a secret, Wahlberg’s latest serious role in “Father Stu,” from first-time writer-director Rosalind Ross, may be his most explicitly conservative escapade yet.

Wahlberg takes on the role of Stuart Long, a real-life amateur boxer who became a Catholic priest against all odds. Directionless since childhood, when the death of his younger brother devastated his family, Stuart leaves pugilism behind for the sudden dream of becoming an actor in Los Angeles. It’s there that a love interest, a Mexican woman named Carmen (a memorable Teresa Ruiz, “The Marksman”), leads him to a long-winded transformation via the Church. 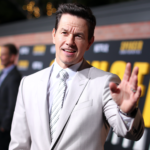 Veteran actor and perennially controversial celebrity Mel Gibson (Ross’ romantic partner since 2014) plays Stuart’s estranged father Bill, who, like the actor himself, doesn’t bite his tongue when it comes to uttering offensive opinions. Not surprisingly, based on the demographic the film both depicts and aims to appeal to, there are outdated lines and scenes that border on homophobia, or that at least make it very clear Stu is nothing if not a straight-as-an-arrow man’s-man.

Through all his pipe dreams and career deviations, Stuart’s mother cautiously encourages him. She is brought to life by the great Jacki Weaver, an actress whose body of work features similar parental figures to unruly individuals. As Stuart gains determination to enter the priesthood after an accident that nearly takes his life, his parents make clear they can’t believe in a deity that took their innocent child. Their distrust is reinforced when Stuart, already on his way to achieve his holy mission, is diagnosed with an incurable muscle disorder.

It’s in acknowledging the anger that the couple feel towards the almighty entity in the sky, as well as the fact that such despair has blinded them to Stuart’s search for validation, that Ross finds the tale’s most compelling thematic kernel. It certainly helps that her novice directorial abilities can handle tonal shifts and an imposing cast. 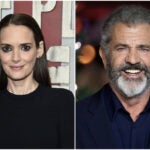 Stylistically, Ross and cinematographer Jacques Jouffret, a recurrent collaborator in productions starring Wahlberg, do enough to ensure the shots register as above-average through their composition and lighting choices; whether it’s the intense and tightly framed close-ups or a gorgeous twilight as Stuart remembers his late sibling, they give “Father Stu” a distinct look without calling too much attention to the visuals, apart from some uses of slow-motion for dramatic effect.

Illustrating the worst of Ross’ artistic instincts are the trite score (by Dickon Hinchcliffe, “The Lost Daughter”) and the insertion of a couple of touches of magical realism — the Virgin Mary and a vagabond that could presumably be Jesus reveal themselves to Stuart right before or immediately after the accident, prompting him to leave his sinful lifestyle behind.

And if it weren’t clear enough “Father Stu” reflects a warped mentality that equates patriotism with the whitest of Americana, Ross includes songs by Elvis Presley and Johnny Cash, as well a poster of “El Dorado” in Stuart’s room as one of a few nods to John Wayne. Even if these elements all come directly from the real priest’s interests, on screen they come off as on-the-nose. 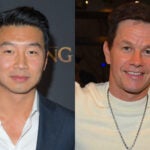 Wahlberg, undoubtedly a charismatic performer, moves in comfortable territory as the crass and overly confident lead; unfortunately, he’s saddled with a pair of poignant scenes that fail to inspire the intended emotional impact. In latter half of the film, Stu’s endearingly insolence turns tiresome. Gibson, meanwhile, similarly draws within the lines of a character that doesn’t appear to be a stretch for him, apart from playing against his own real-life, well-documented militant brand of religious faith.

Whatever humor occurs in “Father Stu” — and on occasion, it works — derives from how out of place Stuart seems amid the solemn rituals and attitude of the Catholic Church. This is a priest who curses and speaks his mind plainly for the average Joe, a populist incarnation of a spiritual leader who’s not as unapproachable or concerned with respectability. In other words, “he tells it like it is” in a way that makes him a character worth exploring beyond his struggles.

Down-to-earth engagement with the gospel and the straight-shooting versions of the lesson the Bible preaches allows Father Stu to speak to those who feel disenfranchised by the institution of the Church, from a group of hardened inmates to his own father. In that sense “Father Stu” the film mirrors exactly what the story claims the real person was able to do: to reach those that don’t respond to the ceremonial but who may find in this foul-mouthed man of God a more relatable iteration of faith.

That Wahlberg and Gibson, who have each racked up multiple public offenses, star together as father and son in a religious flick about second chances almost functions as a self-referential exercise. Wahlberg’s own history with violent altercations — most notably one in 1992 when the actor brutally attacked a neighbor, and repeated episodes where he used slurs — suggest that some of his recent career choices may hope to rebrand his persona. ( 2020’s “Joe Bell,” for example, featured Wahlberg as a father not only accepting of his gay teenage son but also traveling the country speaking against homophobia on his behalf.)

But perhaps the film’s most ill-conceived moment belongs to Gibson, working from a screenplay written by someone who presumably has his best interest in mind, when his character makes a joke comparing troubled, violent Stuart becoming a priest with Hitler joining the Anti-Defamation League. Aside from being in awfully poor taste coming from someone who’s made headlines for anti-Semitic remarks, it’s difficult to distinguish whether this is a bizarre attempt at rehabilitating Gibson’s image by acknowledging his wrongdoing or if he wishes to further antagonize his detractors.

Ultimately, the results are an entertaining enough product, with some cheeky story beats, solid visuals, and recognizable faces, all combined with the goal of sending out a message beyond those already subscribed to the dogma. In that regard, “Father Stu” has a stronger shot at success than other based-on-a-true-story, faith-based fare to hit theaters in recent years. Films like “I Still Believe” or “Unbroken” represent specifically evangelical denominations, don’t feature casts with household names (or, in some cases, even competent actors) and care little for overall cinematic quality.

Anyone who’s sat through enough of those Christian films and watched them with a critical eye (and not for the mere indoctrination) can easily tell that the basic craftsmanship of “Father Stu” is on a different level. That doesn’t necessarily make this an admirable production, but at least it’s a proficient one.

Given the often-embattled people involved and the utterly traditional values it stands for — as understood by conservative America, anyway — this is the type of project that the loudest complainers about “cancel culture” would claim Hollywood no longer greenlights. When some pundit bemoans that movies like this can’t be made today, one can point out that “Father Stu” was indeed produced and released in 2022 with A-list stars and a major studio behind it.