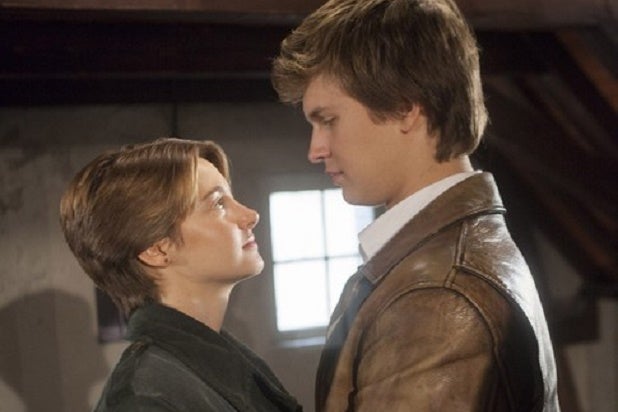 As displays of box-office girl power go, the $48 million opening of “The Fault in Our Stars” was an all-timer.

Primed for months by a massive social media campaign, young women — the audience was 82 percent female and 79 percent under the age of 25 — swarmed the adaptation of John Green‘s bestselling novel about tragic teen love.

It was like a flash mob. They rushed out and drove a huge Thursday night that resulted in a massive $26 million Friday, sealing the weekend win.

But flash mobs vanish quickly, and so did more than half of the grosses — Saturday’s haul for the Shailene Woodley-Ansel Elgort tearjerker was just $12.5 million. That’s one of the steepest Friday-Saturday drops ever, according to Box Office Mojo.

No one at Fox was complaining, since the weekend box-office haul quadrupled the production budget of “Fault,” but it was wild ride.

“It was a little nerve-wracking,” admitted Chris Aronson, the studio’s head of distribution, who couldn’t remember a female skew as pronounced as that on an opening of that size.

“The Vow” drew a crowd that was 72 percent women and opened to $41 million in 2012 and “Dear John” was 84 percent female and debuted to $30.5 million in 2010, but those were Valentines releases. The wired and social media savvy “Fault” fantatics were a much younger bunch, however.

“This really is a unique film, so nobody knew for sure where it was going,” Aronson told TheWrap.

That will apply to the coming weekend as well. Sony’s R-rated comedy “22 Jump Street” and DreamWorks Animation’s “How to Train Your Dragon 2” both look very strong. Sunday’s grosses for “Fault” — $9.4 million and down a more reasonable 29 percent — were encouraging.

Also see: Will ‘The Fault in Our Stars’ Force Stodgy Hollywood to Realize Social Media = $$? (Video)

“I don’t think it will fall off a cliff,” said BoxOffice.com vice-president and senior analyst Phil Contrino. “It’s created enough positive buzz that there’s going to be interest.”

On the plus side for “Fault,” the CinemaScore was an “A,” the exit polls were extraordinarily positive, schools are out and Fox marketers will focus on expanding to the mainstream — otherwise known as men.

“That’s a long shot,” said Contrino. “Maybe as a date movie, but you’re not getting groups of young guys saying let’s skip ‘Jump Street’ and go have a good cry.”

Here’s betting “Fault,” from “Twilight” producers Marty Bowen and Wyck Godfrey of Temple Hill Entertainment, makes it to $100 million domestically over the next few weeks. It brought in $17 million from overseas this weekend, too.

So given that $12 million production budget, we’re talking tears of joy for the “Fault” camp.