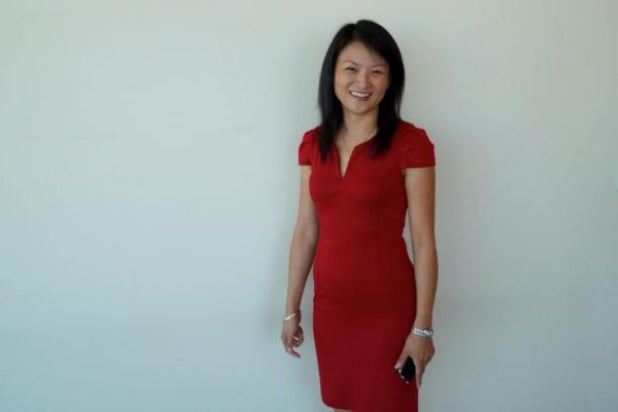 Zhang’s attorneys called the original allegations of sexual harassment by Nan Shi “outrageously false” in the cross-complaint: “Making such extreme false accusations with the sole intention of causing undue harm is simply inhumane,” it stated. “They destroy the lives of the people who are wrongfully accused.”

In a statement for TheWrap, Zhang’s attorneys reiterated: “As we previously stated, there is absolutely no basis or truth to the allegations against Maria Zhang (pictured above). Maria is an exemplary Yahoo executive, and we intend to fight vigorously to clear her name.”

“In Shi’s case, the answer [for the lawsuit] is simple: financial gain,” the cross-complaint attempted to explain. “Shi made false claims that Zhang coerced her into having sex so that Shi could extort Yahoo Inc. for money.”

“As a result of making false sexual harassment claims to Yahoo, Shi has already received hundreds of thousands of dollars that she otherwise would not have received,” the filing asserts.

According to the original lawsuit, Shi was told that if she complied with Zhang’s wishes “she would have a bright future at Yahoo,” but if she did not, “[Zhang] could take away everything from her including her job, stocks, and future.” Shi also claims Zhang forced her to work long and grueling hours, including from their shared home on weekends.

Zhang is the founder of a Seattle-based start-up company called Alike, which created a mobile app for smartphone users that recommends nearby venues that are similar to ones that users have designated as their favorites. As of February 2013, Alike had five employees, including Shi. In February 2013, co-defendant Yahoo acquired Alike.

When the start-up venture moved under Yahoo’s umbrella, the employees came with it. Immediately, Shi struggled to perform, the doc alleges, placing her job in jeopardy.

Around the same time Shi began getting lackluster performance reviews, she registered several complaints about treatment by various supervisors to Yahoo’s Human Resources department — though none involving sexual harassment. An investigation found no wrongdoing.

Also read: Marissa Mayer on Yahoo Earnings: ‘We Are Not Satisfied’

Zhang’s lawyers allege that after several additional negative reviews, Shi knew that she was on her way out at Yahoo and became desperate, filing the sexual harassment claim. But it was based on nothing but that desperation, the cross-complaint insisted.

“Shi and Zhang never had sex,” it reads. “They never had a sexual relationship, neither forced nor consensual. Zhang never promised Shi any favorable treatment at Yahoo if Shi engaged in any sexual activities with Zhang. And Zhang never threatened Shi with any negative job consequences at Yahoo if Shi did not engage in sexual activities with Zhang. Shi made the entire story up in an attempt to save her job and avoid losing hundreds of thousands of dollars in unvested Yahoo stock.”

Yahoo again found no evidence of wrongdoing. Though Shi claimed she had a photograph, she apparently lost it when asked to produce the smoking gun.

At this point, Shi had been on paid administrative leave. On July 11, she was terminated.

For “injury to her professional reputation” and “severe emotional distress,” Zhang is demanding general, exemplary or punitive damages, attorneys fees and anything else the court deems proper. The requested dollar amount is “not yet precisely attainable” but will be produced at trial, the document states.