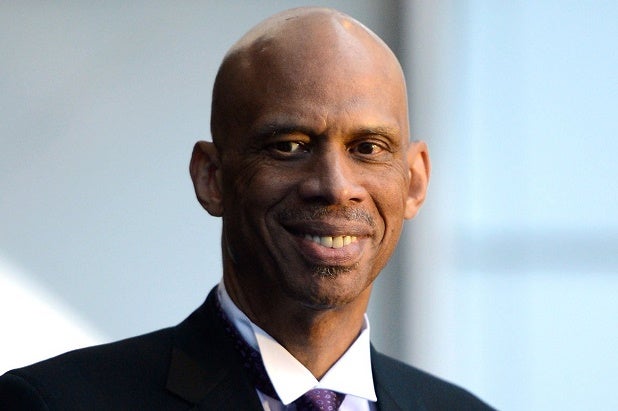 The violent and deadly conflict in Ferguson, Missouri, is not just about systemic racism — it’s about class warfare, and how America’s poor are held back, former NBA star Kareem Abdul-Jabbar said in an essay Sunday on the Time Magazine website.

“This fist-shaking of everyone’s racial agenda distracts America from the larger issue that the targets of police overreaction are based less on skin color and more on an even worse Ebola-level affliction: being poor,” the Los Angeles Lakers legend wrote.

He pointed to the disparity of the impact of two 1970 tragedies. The first was the Kent State shootings, in which the Ohio National Guard opened fire on student protesters at Kent State University. Four students were killed and nine were wounded. The shock and outcry resulted in a nationwide strike of four million students that closed more than 450 campuses. Five days after the shooting, 100,000 protestors gathered in Washington, D.C.

Ten days later, at the predominantly black Jackson State University in Mississippi, police killed two black students (one a high school senior, the other the father of an 18-month-old baby) with shotguns and wounded twelve others.

There was no national outcry and the nation was not mobilized to do anything, Abdul-Jabbar noted.

“That heartless leviathan we call History swallowed that event whole, erasing it from the national memory. Unless we want the Ferguson atrocity to also be swallowed and become nothing more than an intestinal irritant to history, we have to address the situation not just as another act of systemic racism, but as what else it is: class warfare,” he wrote.

He also took the media to task for its coverage, singling out Fox News.

“During the Ferguson riots, Fox News ran a black and white photo of Dr. Martin Luther King, Jr., with the bold caption: ‘Forgetting MLK’s Message/Protestors in Missouri Turn to Violence.’

“Did they run such a caption when either Presidents Bush invaded Iraq: ‘Forgetting Jesus Christ’s Message/U.S. Forgets to Turn Cheek and Kills Thousands’?”

Abdul Jabbar cited the popularity of dystopian books and movies among adults as well as young people as a sign of the economic divide.

“The real reason we flock to see Donald Sutherland‘s porcelain portrayal in ‘Hunger Games’ of a cold, ruthless president of the U.S. dedicated to preserving the rich while grinding his heel into the necks of the poor is that it rings true in a society in which the One Percent gets richer while our middle class is collapsing. “

Mobilizing that group is the key to the situation, in Abdul-Jabbar’s view.

“The middle class has to join the poor and whites have to join African-Americans in mass demonstrations, in ousting corrupt politicians, in boycotting exploitative businesses, in passing legislation that promotes economic equality and opportunity, and in punishing those who gamble with our financial future.

“Otherwise, all we’re going to get is what we got out of Ferguson: a bunch of politicians and celebrities expressing sympathy and outrage. If we don’t have a specific agenda –a list of exactly what we want to change and how– we will be gathering over and over again beside the dead bodies of our murdered children, parents, and neighbors.”