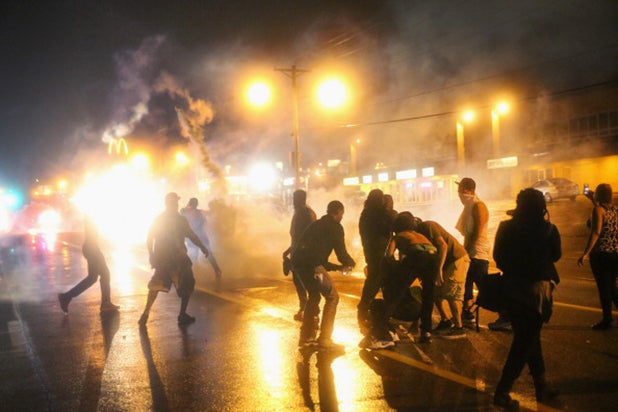 After another night of violent protests in Ferguson, Mo., U.S. Attorney General Eric Holder has ordered a federal autopsy on the body of Michael Brown, the unarmed African-American teenager whose death touched off a week of protests in the city, the Justice Department said Sunday.

“Due to the extraordinary circumstances involved in this case and at the request of the Brown family, Attorney General Holder has instructed Justice Department officials to arrange for an additional autopsy,” the Justice Dept. announced in a statement.

“This independent examination will take place as soon as possible. Even after it is complete, Justice Department officials still plan to take the state-performed autopsy into account in the course of their investigation,” the statement continued.

The announcement came after the latest round of unrest in Ferguson. Early Sunday, one man was shot and critically injured, and seven other people were arrested as police cracked down on protesters who defied a midnight to 5 a.m. curfew imposed by Gov. Jay Nixon (D).

Several days of protests and sporadic looting were sparked by the fatal police shooting of an unarmed Brown on Aug. 9.

On Sunday, officers fired smoke canisters near protesters in the first hour of the curfew. After the shooting occurred, witnesses said police used tear gas to disperse the crowd and render aid to the man who was shot.

Meanwhile on Friday, the officer who shot Brown was identified as six-year veteran Darren Wilson. Ferguson Police Chief Thomas Jackson said Wilson has had “no disciplinary action” taken against him in that time, and that he was treated for injuries that occurred Saturday, the day of the shooting.

A protester is carried after being overcome by tear gas, Ferguson, Missouri, Aug. 17, 2014. (Getty Images)

Police have said Brown, 18, was suspected of stealing cigars from a convenience store just before the shooting. Police also released surveillance images that they said showed Brown towering over a store clerk and shoving him.

Brown’s family responded by saying they were “beyond outraged” that Ferguson police would attempt to “blame the victim” by accusing the 18-year-old of taking part in a convenience store theft before an officer shot him.