“Sam and Victor’s Day Off,” a spin-off from the classic hit film “Ferris Bueller’s Day Off,” is in the works at Paramount, according to an individual with knowledge of the project.

The film will follow the same-day adventure of the valets who took the 1961 Ferrari 250 GT California Spyder on a joy ride in the original 1986 film. Although the two parking valets went unnamed in the original, they were played by Richard Edson and Larry “Flash” Jenkins. Jenkins died in 2019. 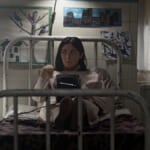 Also Read:
How to Watch ‘Orphan: First Kill': Is the Horror Prequel Streaming?

Bill Posley (“Bitch Ass”) is set to write. “Cobra Kai” creators Jon Hurwitz, Hayden Schlossberg, and Josh Heald are producing via their Counterbalance banner with their head of development Dina Hillier as an executive producer. Paul Young is producing through his company, Make Good Content. Stephen Cedars, Benji Kleiman, and Scott Yacyshyn will be associate producers. Devon Young will be the executive overseeing the project for Make Good.

“Ferris Bueller’s Day Off” catapulted Matthew Broderick to fame as the John Hughes comedy became a cult for disgruntled high schoolers who wished they had the guts to play hooky.

The hit film also starred Alan Ruck (as best friend Cameron), Mia Sara (as girlfriend Sloane), Jeffrey Jones (as the school dean), Jennifer Grey (as sister Jeanie) and Charlie Sheen, as what else, but a stoner juvenile delinquent.