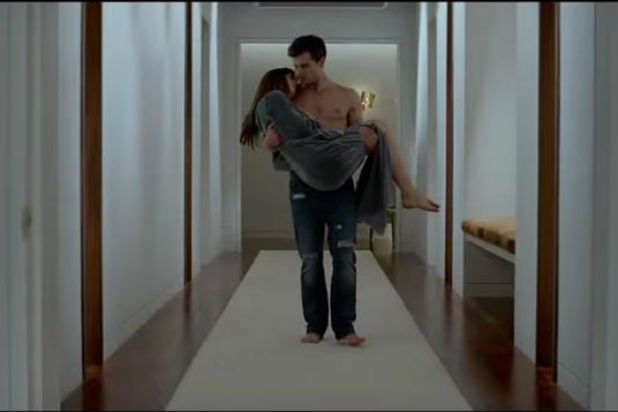 U.K. moviegoers under the age of 18 won’t be allowed to see “Fifty of Shades of Grey” when the film is released there next week.

The British Board of Film Classification slapped it with an “18” rating, restricting anyone under the age from seeing the Universal Pictures film in theaters. The board noted the film as having “strong sex.”

MPAA described the film as having, “strong sexual content including dialogue, some unusual behavior and graphic nudity and for language.”

In its first week of availability for ticket sales, the film became the fastest-selling R-rated movie in the 15-year history of Fandango, TheWrap previously reported.