Figment, the tiny purple dragon that served as the mascot to EPCOT’s Imagination Pavilion and the star of the pavilion’s marquee attraction is finally getting his own movie, from producers Point Grey and writers Dan Hernandez and Benji Samit, TheWrap has confirmed.

If you are unfamiliar with Figment, he’s a tiny dragon who guides guests through the endless world of imagination, voiced initially by Billy Barty and later by Dave Goelz. The original attraction that featured Figment, Journey into Imagination, had a unique layout and ride system, combining the patented Disney Omnimover ride system with several large show scenes that revolved along with the ride vehicle. The creation of another character, the Dream Finder, Figment was a rascal and scamp and illuminated the possibilities of imagination through inventive show scenes. Created by a dedicated team of Imagineers that included Tony Baxter and Steve Kirk, it was largely thought as one of the crowning achievements of early EPCOT Center (later simply EPCOT), embodying the hope and promise of the science and discovery theme park.

When the attraction received a disastrous overhaul in 1999, the attraction didn’t even feature Figment, who was not only a beloved, theme park-exclusive character, but a driver of millions of dollars of merchandise sales every year, the attraction was quickly redone again. This new version, opening sheepishly in 2002, featured Figment (now voiced by Goelz) and the head of the Imagination Institute, Nigel Channing (Eric Idle) and sucked almost as much as the one that opened in 1999. Mercifully, every iteration of the attraction featured a version of the Sherman Brothers’ wonderful “One Little Spark” song, which is one of the most recognizable (and deeply catchy) Disney theme park songs. 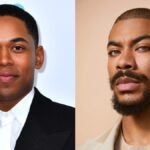 Much of what made the initial attraction so outstanding – the playful sense of whimsy and wonder, along with the advanced technological flourishes like those rotating rooms, was gone. In its place was a lame story that tied into a new attraction that opened next door (Honey, I Shrunk the Audience, which has since been retired). Much of this had to do with the original sponsorship agreements that were in place when EPCOT opened and required the sponsors to provide a refresh on the attraction every 10 years. (Funny story: Figment was originally green but his color was changed to purple at the insistence of original sponsor Kodak. Green was the color of Fuji Film, after all.)

While there has yet to be a movie starring the purple dragon, the character did star in a series of educational shorts produced by Disney in the 1980s (in one of the shorts a little girl calls him “Figgy”) and he has brief cameos in two Pixar movies: he can be spotted in both “Inside Out” and “Toy Story 4” (both at the insistence of lifelong Figment fan and Pixar producer Jonas Rivera). Additionally, there was a Marvel comic book series in 2014 that starred Figment and Dreamfinder in a steampunk adventure.

Point Grey Pictures, founded by Seth Rogen and Evan Goldberg, have “Teenage Mutant Ninja Turtles: Mutant Mayhem,” out next year. Their credits also include “The Boys,” “An American Pickle” and “Pam & Tommy.” They are currently working on a “Darkwing Duck” project with Disney. Hernandez and Samit were two of the writers on “Detective Pikachu” and created “Ultra Violet and Black Scorpion” for the Disney Channel.

Disney’s next theme-park-to-movie adaptation will come next year, with the starry new “Haunted Mansion” movie from Justin Simien (the first footage slayed at D23 Expo earlier this month). Previous adaptations include “The Country Bears” and the successful “Pirates of the Caribbean” franchise. 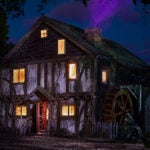 Also Read:
You Can Stay in a Haunted ‘Hocus Pocus’-Inspired Cottage From Airbnb… If You Dare
x