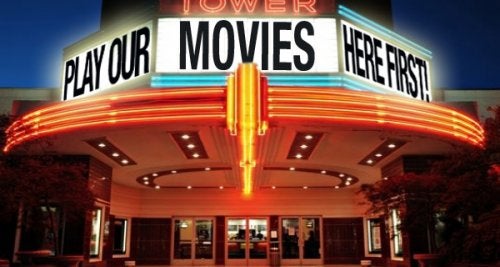 They want to see their movie on a big screen; they want to walk down the red carpet at a premiere; they want to stand at the front of a theater and thank their friends and families and backers.

And if that insistence on a theatrical release slows down the advance of new media and new methods of distribution, so be it.

Unfortunately, this means filmmakers are missing the boat on developments that would enable them to cheaply distribute their films, insists independent film and digital media consultant Mark Lipsky, who runs Insight Cinema and writes the Incite Cinema blog.

"Unless your film has been fully acquired by a well-capitalized distributor (hopefully for more than a token advance), then you’re not only kidding yourself about the value of traditional theatrical, but you’re contributing to the delay in establishing a sensible, vital and self-sustaining film ‘nursery’ online where everyone gets a chance at life and the cream naturally rises to the top,” he wrote in an email to theWrap.

Despite the fact that streaming, video-on-demand and a variety of online and mobile applications are now making it possible for independent films to be seen around world, many of those involved in making and releasing films say the same thing: Filmmakers, even those with the smallest movies, want that theatrical release.

“I don’t know a filmmaker who doesn’t want his movie to play in a movie theater,” says Jonathan Sehring, the president of IFC Entertainment, which handles both theatrical and VOD releases. “But because of the economics it doesn’t always make sense for a distribution company or filmmaker to have his movie released on a big screen.”

Berry Meyerowitz, the president and CEO of Phase 4 Films, says the premiere itself is a powerful lure.

“Especially for smaller films, a couple million dollars or less, a lot of these producers and directors have made them as passion projects, and they’ve secured financing from friends and family and whoever else they can,” Meyerowitz says.

“Even when we explain to them how much it’s going to cost and that we don’t think there’s going to be much of a return, they want that premiere to be able to welcome everyone and have a party afterwards and have a drink and say thank you.” 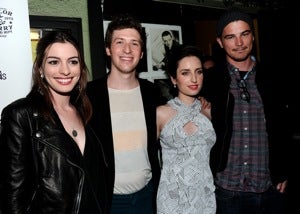 “For us, theatrical was a deal-breaker,” says Daryl Wein, who directed the micro-budgeted romantic comedy “Breaking Upwards," which was acquired by IFC.

“We were really looking forward to having a theatrical release, but they just wanted to do it on VOD,” he told TheWrap. “The only way that they would agree to theatrical is if we put the $35,000 advance they gave us back into the marketing. So we did that, and we came up with an unconventional marketing strategy, a screening strategy that would target all of our demographics, and an online viral campaign that we did free of charge.”

Wein and his partner and co-star Zoe Lister-Jones used the tiny budget and the fact that the film was based on their real-life open relationship as marketing hooks. They hired a publicity firm and ended up with a full-page article in the New York Times and a batch of mostly rave reviews. (Pictured: Wein and Lister-Jones at the Los Angeles premiere, flanked by Anne Hathaway and Josh Hartnett.)

“The goal was to use this film as a steppingstone, and a launching pad to be able to get a second film,” he says. “We needed people to see it and hear about it, but if you don’t have a theatrical, you don’t get any press. We’re  doing our new movie with a big producer, Michael London – and I don’t think that Michael, or any of the other producers and studio executives we met with, would have ever heard about our movie if we had not had the theatrical release.”

London says he heard about the movie because of the New York Times story – which, you could argue, would likely not have happened without a theatrical release.

Still, says London, “I don’t think there’s a stigma anymore. So many good movies come out via a VOD release that smart producers don’t need that added legitimacy of theatrical.”

“Breaking Upwards” is an exception: Most theatrical releases of low-budget films do nothing but add costs that usually prove impossible to recoup. 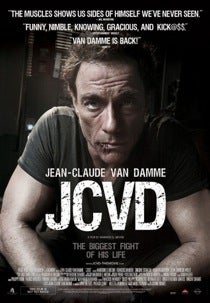 Meyerowitz says that Phase 4 aims for four to eight limited theatrical releases each year, but that the films almost never make back the cost of the release during the theatrical run. (One exception: the well-received Jean-Claude Van Damme film “JCVD.”)

“We have to look at it as a full cycle,” he says. “Rarely these days do independent films make money theatrically, so we have to look at the ancillary revenues, DVD and VOD and pay-per-view and digital and television and all of that. We have to look at a longer horizon, because we know that we’re mostly likely going to be in a deficit situation after the theatrical release.”

Meyerowitz and Sehring both say that they talk seriously to filmmakers about the costs of theatrical, and the likelihood that those costs will never be recouped. And yet, again and again, they and other distributors hear the same thing: I want my movie to play in theaters.

“Do I think that’s ever going to change?” asks Sehring. “No. But technology has been changing rapidly, and VOD can be a real boon to smaller, specialized movies reaching broader audiences. And I think most filmmakers are starting to approach this new era a little differently, with their eyes wide open.”

Even Daryl Wein, who insisted on a theatrical release for “Breaking Upwards,” says that he wouldn’t advise all filmmakers to do the same.

“If the filmmaker wants to make some money, then they would probably not want to do a theatrical release,” he says. “We didn’t make any money, but we got lots of great exposure, and it introduced us to people.

“But video-on-demand is a great platform for lots of people to be able to see your film – so if that’s what you want, why pay for theatrical?”