Bron Studios, the financier behind “Bombshell,” “Greyhound” and other movie and TV fare, was sued on Wednesday for allegedly misusing loan proceeds as well as failing to repay $14 million to an investor.

The investor, Hudson Private LP, alleges that the company has failed to meet its obligations in the case of four Bron titles: “Bombshell,” “Capone,” “The Survivor” and Greyhound.” Hudson Private filed the suit in federal court in New York.

“This action arises out of Defendants’ indebtedness to Hudson LP, aggregating millions of dollars, in connection with Hudson LP’s financing of film and/or television productions,” Hudson’s legal representatives stated in the suit.

According to the complaint, Hudson Private LP provided $3 million to finance the 2019 film “Bombshell,” directed by Jay Roach and starring Nicole Kidman, Charlize Theron and Margot Robbie. The movie tells the true story of the sexual harassment scandal that took down Roger Ailes, the head of Fox News and an influential leader in the Republican party. According to the complaint, Hudson was entitled to recoup its investment plus 15%, and 20% of net profits.

The suit states that The “Bombshell,” released in December 2019, generated approximately $31.7 million in the United States and an aggregate of about $28 million in other countries. Hudson said it is still owed more than $4 million on the project.

Bron did not immediately respond to a request for comment from TheWrap. 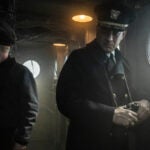 Hudson also has sued Creative Wealth Media, a Toronto-based film finance company that is a main backer of Bron Studios, as well as Creative Wealth’s managing partner Jason Cloth. The lawsuit alleges that Cloth made false representation to induce Hudson to make the film loans. 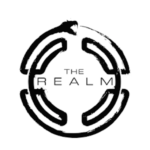