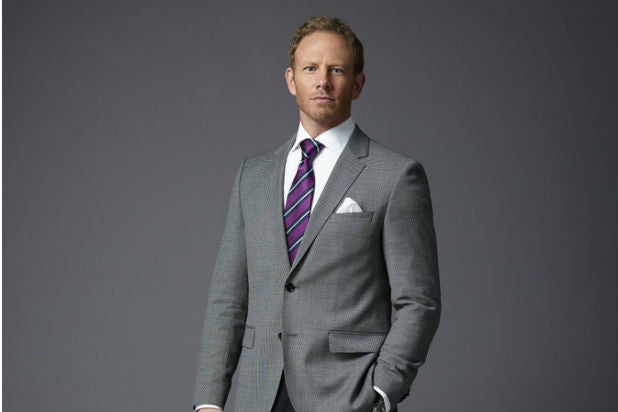 Ian Ziering walked away a winner from NBC’s “The Celebrity Apprentice” Monday for more than just raising $325,000 for his charity.

He was a low-key agitator and got under the skin of “Real Housewives of Beverly Hills” starlet Brandi Glanville.

“She didn’t have Leeza Gibbons to give her assurances, and I smelled blood in the water,” Ziering told TheWrap on Tuesday. “That’s why I kept poking at her. Mission accomplished. I got her scrambled.”

Before the firing, Team Infinity were tasked with creating a jingle to promote Anheuser-Busch’s Bud Light Lime-A-Ritas. Ziering nagged Glanville about how he could help.

“You’re good with a pen, crossing out things,” Ziering quipped at Glanville.

“I would like for you to sit and shut the fuck up,” she fired back about the jinble. “You’re not doing it.”

And host Donald Trump fired Glanville, Ziering and Johnny Damon in a jaw-dropping elimination after Team Infinity lost the challenge.

Over the season, Ziering and Glanville didn’t just target Glanville. His sights were also on all contestants from Season 7.

“My teammates were competitors. Again, this is a game,” Ziering clarified. “While my opponents were more obvious on the other team, there were opponents on my team as well. It became obvious you needed to be the MVP every time to avoid the firing line. I started to push buttons and get on people’s nerves to survive.”

And the subtle cutthroat behavior was necessary for the end goal. Ziering joined the show for Epidermolysis Bullosa Medical Research Foundation. The charity raises awareness for the blistering skin condition with devastating affects for children.

“I have two children of my own, I can’t imagine anything more horrific than to have a child suffering with EB. If I looked at my celebrity capital, I think that capital was well spent,” Ziering said of his time on the show.