Two former crew members who worked on ABC’s daytime soap “General Hospital” have filed suit against the Disney-owned network, claiming that their terminations over their refusal to get COVID vaccinations were “unconstitutional.”

The lawsuit, filed Wednesday by James Wahl and Timothy Wahl in Los Angeles Superior Court, states, “On November 9, 2021, ABC officially denied Plaintiffs’ requests for religious exemptions to the Covid Vaccine Mandate. It gave no reason for its decision, except to say that the company was ‘unable to conclude that you are prevented from receiving the Covid-19 vaccine due to a sincerely-held religious belief, practice, or observance.'”

The complaint goes on to state, “ABC does not have the authority to force a medical treatment on its employees against their will. Even if it did, it must offer religious exemptions to anybody who requests one.” 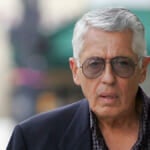 In the document, prepared by attorneys Scott J. Street, John W. Howard and Michelle Volk, the plaintiffs claim ABC had “no objective basis” to deny the exemptions and thus is guilty of “religious discrimination.”

According to Deadline, which first reported the news, the Wahls are a special-effects department boss, who has worked for the series for 14 years, and his son, who has worked on it for 10.

Twenty-five year “General Hospital” veteran Ingo Rademacher also departed the soap in November 2021 after refusing to get vaccinated and after outcry over a transphobic tweet. 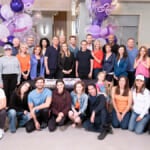