Opposites often attract in the best of friendships, and that’s true of the sweeping tale of Tully Hart (Katherine Heigl) and Kate Mularkey (Sarah Chalke) in the Netflix series “Firefly Lane,” adapted from the bestselling novel by Kristin Hannah. Not only do Kate and Tully compliment each other personality-wise, but the way they choose to live their lives down the road also complete the two supposed “halves” of adult womanhood.

Like in Hannah’s novel, Season 2 Part 1 of the Netflix show continues to expand the three separate timelines of the core female friendship that it sews together. Two younger actresses portray the teen versions of Tully (Ali Skovbye) and Kate (Roan Curtis) when they first meet in the seventies, but their bond stretches far into the future, all the way to the new millennium 2000.

“We do live in a very ageist culture, that seems to sort of feel like women don’t matter past a certain age or we become invisible, or people tend to not want to tell our stories,” series creator Maggie Friedman told TheWrap. “I think it’s really important to show women of all ages. Here’s these women in midlife that are vibrant, and have a lot to say, and their lives are interesting, and they’re sexy, and their lives didn’t end at 40 at all. I feel like we don’t see enough of that on screen. So it’s really important to me to reflect the real women’s experience, frankly, women in their 40s are awesome. And they should be seen on screen more.” 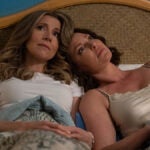 Even from childhood, both girls show inclination toward the separate “sides” of womanhood — the not so black and white binary of choosing motherhood or a career. Kate comes from a stable, loving family while Tully raises herself and her mother instead of the other way around.

“What attracts them in the beginning is how different they are. Tully feels like she has the courage and the charisma that Kate wishes she had, and Kate has the family and the grounded life that Tully wishes she had,” Friedman adds. “They hold tight to each other even as they as they grow in different directions and want such different things.

Hannah’s book highlights these stark differences in the friends, and the author relates more to Kate, whose character both reflects her and her mother.

“[As] a writer, I had kind of this rarefied world where I was an at home mom, and a working mom at the same time, because I was able to sort of work from home completely at the time that I wanted to, and needed to,” Hannah told TheWrap. “My mother was an at-home mom, and this book was very much a love letter to my mom. That was sort of the point of it, so it was very important for me to show this dynamic about as an at home, mom, your choices are judged. And you can often get to a point in your life where you feel like you didn’t do enough, versus, you know, a working woman totally can let her ambition run free, can accomplish an awful lot, but can also get to a point where ‘you wonder if that’s all there is.’” 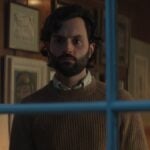 Tully’s career ambitions don’t completely satisfy her loneliness without a romantic life partner or children, and Kate struggles to get back into creative writing after devoting most of her time to raising Marah.

“I think it was important for me to say to women, it’s all about what you want. Nobody feels at the end of the day like they did everything right,” Hannah continued. “You’re always feeling as a woman like you didn’t quite do enough on either front. And I just wanted to celebrate the two choices that women make and show that they’re both very important. It’s really for women to decide what they want to do for themselves not in response to societal pressure.”

The book and show’s historical context demonstrates how the freedom to choose expanded for young women at the turn of the century.

“What’s interesting is Kate and Tully are both of a generation where you kind of had to choose one or the other, and now it’s thankfully different,” Friedman said. “We’re a lot more open minded about ‘women can do many things.’ But but you know, they were both born in the early sixties when it was like, I mean, they sort of came of age during like, second wave feminism, when you can have a career, but it still felt like you can either have a career or be a mom. They both chose their paths, and I think Tully is conflicted anyway about the idea of being a wife and mother for many reasons, but I think they each get — even though they chose these different paths — they each get what each other is going through in a unique way, and they can they lean on each other. I think it’s easier in a way because they both chose different paths, that they complement each other.”

In Hannah’s book, Kate’s time as an at-home mom gets extended when she becomes pregnant with twin boys. Book Kate doesn’t exactly get more time to pursue writing a novel for many reasons. In the show, Kate pursues journalism with Tully, but she still approaches editing with more laid-back attitude than Tully, knowing deep down that she wants to be a mom. The book version of Kate often worries about following Tully around to work instead of pursuing her true desire. 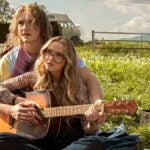 Also Read:
Here Are All the Songs in ‘Firefly Lane’ Season 2 Part 1

“For Kate, she had started out like, ‘Okay, this is what I want to do, and this is the path I’m going to be on,’ and then a big part of it was like, ‘actually I just want to be a mom.’ I think it took her a bit of time to actually recognize it and feel okay, about making that choice,” Chalke told TheWrap. “And then obviously, down the road, once Marah is starting to be a teenager and she’s ready to kind of reintroduce that [writing career] aspect of her life. I love how the first season portrayed that t’s not simple, you don’t just kind of like jump back in where you left off, and the sacrifices that women make and how to try and figure out the balance and to try and really get in touch with what you do want. I love that the show really covered all sides of that with Kate and Tully.”

While Tully has a few romantic dalliances in Hannah’s novel, none of them quite measure up to the almost-relationships she has in the show — with Max (Jon-Michael Ecker) in the present and Danny Diaz (Ignacio Serricchio) in the past — where she really contemplates true love. Tully’s fraught relationshop with her mother Cloud plays a role in dismantling her conviction in fate, true love and motherhood.

“For me personally, we’ve been told we can have it all, and I believed that too sincerely. I thought they meant all at once,” Heigl told TheWrap. “You can’t have it all at once, you are inevitably compromising and sacrificing your career or your family. You cannot do both at the same time and do both well. I just know for me, because I’ve asked myself this a lot as my children were young and getting older. ‘Could I just be one or the other?’ I could never, never have just chosen my career, but I also know on the flip side of that if I’m being dead honest, I couldn’t have just chosen to work at home and be a mother. A piece of me would have been completely stifled if I had done that, and if I had been like Tully and chose career over everything else, a very big piece of my soul would never have been given light, so there’s no black and white answer to that one.”

Roan Curtis, who portrays the younger version of Kate, ties the juxtaposition displayed by the two women to current-day events for young women everywhere, factoring in abortion.

“We see both kind of sides of it in very distinctly different ways and the feelings of regret or curiosity about what would have happened if he had chosen the other thing and I think that there’s a lot of you know, a lot of gray area in between where Tully’s at where she’s so career oriented and where Kate’s at where she’s a stay at home mom and she’s got a kid and that’s kind of been her whole life,” she said. “Personally, I think that it’s so deeply unfair that as women, we often have to choose. Being in this industry too where our bodies are our instruments, It’s something I’ve thought about I mean, I’m 26 and, and I think it’s something where I’m like that’s going to come that’s going to factor into every decision I make both professionally and personally.”

“I think it’s deeply unfair and it’s indicative of the patriarchal system in which we live, but I really hope and I think that as we move along, it does get better and companies like Netflix are getting better about supporting women and whatever choices they make,” Curtis continued. “So hopefully, it’s a choice that we’ll no longer have to make, but I also think it’s important to respect both sides of that. I know that there’s so much judgment of women who choose not to have children, and and I think that our show does a pretty good job of taking a pretty non-judgmental look at that choice and respects that choice and, and knows it’s not for everybody and it doesn’t have to be and that your life can be deeply fulfilling regardless on either side that even if you don’t choose to have children, that’s not all we’re good for as women.”