Directors’ Fortnight, the most high-profile film series at the Cannes Film Festival that isn’t officially part of the festival, is showing two dozen features this year; 21 of them are world premieres, and almost half of them from first-time directors.

This year’s lineup, which was announced on Tuesday, includes 22 films in the main Directors Fortnight series, along with two special screenings and nine short films. The films come from 19 different countries, including Malaysia, Uruguay, Kyrgyzstan and Luxembourg. 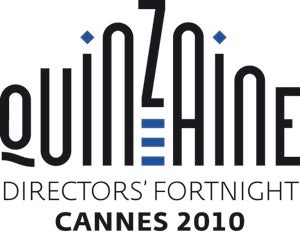 The series’ will open and close with French films. The opening-night atttraction will be the documentary “Benda Bilili!” from Renaud Barret and Florent de la Tullaye, while the closing film will be “Lily Sometimes” by Fabienne Berthaud, with Diane Kruger and Ludivine Sagnier.

Two of the selections come from the United States: “S— Year,” from Cam Archer, with actress Ellen Barkin; and “Two Gates of Sleep,” from Alistair Banks Griffin, with Brady Corbet and Karen Young.

Two documentaries will receive special screenings: “Boxing Gym,” from Frederick Wiseman (“Titticut Follies”), and “Stones in Exile,” a doc about the making of the Rolling Stones’ “Exile on Main Street” album from British director Stephen Kijak.

The Directors Fortnight, according to its own description, “is distinguished by its independent-mindedness, its non-competitive nature and its concern to cater to non-professional Cannes audiences.” Since it was launched in 1968 by the French Directors Guild, the fortnight has presented early works by Werner Herzog, Martin Scorsese, Ken Loach, Jim Jarmusch, Michael Haneke and others.

While Directors Fortnight films do not compete for the main Cannes Film Festival awards, they are eligible for the Camera d’Or, an award given to the best first film shown in the main Cannes competition or its Un Certain Regard sidebar, or in Directors’ Fortnight and International Critics’ Week series.