Authenticity was top of mind for all involved in the making of the Apple TV+ limited series “Five Days at Memorial,” and to that end a CG-created depiction of the devastating Hurricane Katrina wouldn’t do.

“We want to put the audience in the shoes of these characters and help understand the situation that they were facing,” executive producer Carlton Cuse said in the latest installment of TheWrap’s “How I Did It,” which is sponsored by Apple TV+.

“From a production standpoint, one of the things that was really important was a high degree of authenticity, and this story would be nothing if it didn’t really feel real, if it didn’t respect the actual events we’re depicting, so we had to figure out how are we going to re-create New Orleans when 80% of the city was underwater, and that was not an easy task and there wasn’t an easy solution.” 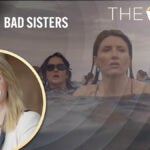 Based on the book of the same name by Sheri Fink, “Five Days at Memorial” depicts the challenges that one hospital endures after Hurricane Katrina makes landfall in New Orleans.

The production team knew they needed to build a water tank to bring that authenticity to the screen, but the question was how big and where? Viewers might be surprised to learn the show was shot entirely in Ontario, Canada.

“We found a concrete pad adjacent to an abandoned factory in Hamilton, Ontario, Canada, and we set about constructing a four-million-gallon water tank that was a city block in size,” Cuse added. “So primarily, we could do this shot that opens the entire show where we see rescuers motoring down a flooded street and coming to the emergency room. It was an incredible undertaking that took months.”

For star Vera Farmiga, who depicts Dr. Anna Pou in the show, the project came at a time when there was added resonance to a story about healthcare workers persevering through a medical crisis.

“The project came to me I would say a year into the pandemic. I had been watching our frontline workers, doctors, nurses in the thick of it in the thick of exhaustion, overworked underappreciated,” Farmiga said.

“We were making a story about a medical crisis right in the middle of another medical crisis. It had a resonance and I think we all felt really deeply,” Cuse added.

Cherry Jones, who plays Susan Mulderick, was also struck by the gravity of the subject matter.

“I was basically in by page 10 just because I understood the importance of the subject matter. I had followed every minute of Katrina,” she said. “I felt such tremendous pressure. These are humans that have been traumatized. These people who are heroes, these everyday people coming to work during catastrophes.”

“Five Days at Memorial” is now streaming on Apple TV+. 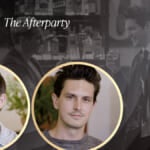