Magnolia is a joint venture between the Gaineses and Discovery Inc., which used to be the sole owner of DIY Network. Together, Chip, Jo and Discovery launched Magnolia as a brand within streaming service Discovery+ (and almost as a standalone SVOD service). That was followed by the cable channel rebrand, which had been delayed a few times.

The first two episodes of the new “Fixer Upper,” one on Jan. 5 rebrand day and the other seven nights later, crushed the previous ratings record-holder from the DIY days, a 2013 episode of “Holmes Makes It Right.” 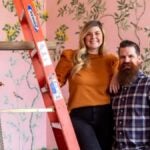 Also Read:
‘Home Work’ Will Return to Magnolia Network Lineup After Past Renovations Are Fixed

The Jan. 5 cable premiere of “Fixer Upper: Welcome Home” drew more than 1.7 million viewers, according to Nielsen’s Live + 3 Day measurement, a near-400% improvement over DIY’s 2021 primetime average. Those numbers made “Welcome Home” a Top 10 program on cable among adults (people 18+), and was No. 3 in its 9 p.m. time slot. (If you exclude the cable news channels, it was No. 1.)

Back in the day, the O.G. “Fixer Upper” was HGTV’s most-watched show. So the Gaineses are back in familiar territory.

Magnolia Network is off to a very good start — but the cable launch has not entirely been sunshine and shiplap. Less than one week after Magnolia Network yanked its just-launched renovation show “Home Work,” the home-improvement channel reversed course, saying the show will be back after making “the appropriate resolutions” with unhappy past clients of show hosts Andy and Candis Meredith. 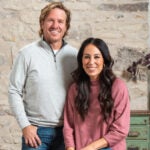 “Magnolia Network is dedicated to sharing hopeful and genuine stories,” Magnolia Network president Allison Page said in a statement. “In doing that, we strive to meet people with compassion, and to cautiously approach difficult moments with honest understanding. After speaking with homeowners as well as Candis and Andy Meredith regarding renovation projects for ‘Home Work,’ and hearing a mix of both positive and negative experiences, we do not believe there was ill or malicious intent. Our commitment now is to provide appropriate resolutions for those whose experience with Home Work fell short of our network’s standards. While ‘Home Work’ will return to Magnolia Network, we recognize the responsibility we have to act on how we can better support not only our talent, but those who put their trust in them and this brand.”

The network has not announced a timeline for when the show will return, but individuals with knowledge of the situation tell TheWrap that it will likely be within the next several weeks. 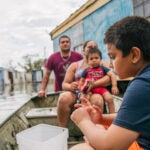