“The Food That Built America” has helped build out History channel’s latest franchise, one delicious junk food at a time.

Beyond the show’s endearing delivery system for historical facts, the reenactment, it’s not difficult to see why viewers are falling for the most delectable “That Built America” series to-date.

“There’s this built-in nostalgia for these products. There are great stories, but the stories matter to you more because the products are so familiar and most people have some kind of an emotional bond with at least some of them,” showrunner Yoshi Stone told TheWrap. “And I think that creates a uniquely easy entry point.” 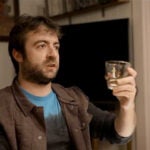 Also Read:
‘Drunk History’ Host Derek Waters Explains How Stars Know So Much – And Just How Blitzed They Get

To this writer, “The Food That Built America” is like a sober version of Derek Waters’ excellent, long-running Comedy Central series “Drunk History,” which ended in 2019 after COVID killed the planned seventh and final season. We proposed that theory to Stone, who seemed more flattered than not with the comparison.

“The thing that ‘Drunk History’ and ‘Food That Built’ have in common is that there’s sort of a unique angle. The great thing about a docudrama is that you’re not just presenting facts in a vacuum; you’re getting personal perspectives from the people behind these brands,” Stone said. “You know, you’re not just presented with, you know, ‘in this year, this thing happened.’ You’re sort of seeing the perspective of an individual going through the trials and tribulations that it takes to create the thing that you love.”

“So it’s not like ‘Drunk History,’ but it is alike in some ways, in that it has that element that makes it fun,” he continued. “I mean, the thing that I like about the show is that not only is it surprising and informative, but I think that when it’s really hitting on all cylinders, it’s also just kind of charming. I think that’s one of the things that really makes it go.” 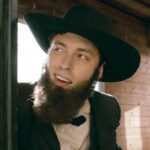 “It’s not like if the Reese’s Peanut Butter Cup had not been invented, America would have collapsed and society as we know it,” Stone added.

(It was here we informed Stone he is dead wrong about that.)

“Halloween would suck, I know that. But to give those stories stakes and to have them resonate with us personally, because we love those candies, allows us to then take those personal experiences of the people behind the brands and really enjoy them,” he said. “When the show works, that’s sort of alchemy that goes into it.” 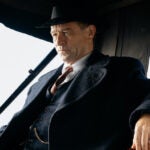 While factual series “The Food That Built America” does not take nearly as many creative liberties as comedy series “Drunk History” did, Stone acknowledged that there is a “sliding scale” in the writers room based on available information.

“There are some stories that have a ton of information that are part of the historical record. And then there are others where there’s substantially less,” Stone said. “In those cases, we need to dig harder and go deeper in order to create a version of events that we feel confident in. Because it is on History Channel and it is a documentary and we want to be factually accurate.”

A good example comes from the hamburger episode, in which 19-year-old secretary Esther Glickstein (played by Joanne Wilson) suggests the name “Big Mac” from the corner of a meeting with Ray Kroc (Dan Eberle, pictured above) and other McDonald’s big wigs. Kroc originally planned to call the mega-burger “The Aristocrat.” 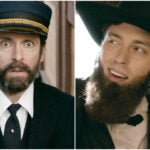 “Were those people in that room in that way? Probably not,” Stone asked and answered. “But it’s a way that we can portray it that is fun and dramatic, but still skews close enough to factual accuracy for us to be comfortable.”

Close enough, plenty entertaining and yummy grub. What more could you want from a docuseries?

“The Food That Built America” returns Monday at 8/7c on History channel.