When Isaac Asimov’s “Foundation” beat out J.R.R. Tolkein’s “The Lord of the Rings” for a special 1966 Hugo Award for “Best All-Time Series,” it cemented the work as a turning point for the science fiction genre. While sci-hi had long been seen as fodder for cheap and silly B movies, “Foundation” proved that the genre could be treated as literature to be taken seriously. But for decades, many considered the work too challenging to adapt to the screen. A sprawling collection of short stories written between 1942 and 1950, then collected into three books, “Foundation” spans multiple generations of humans trying to save the species from certain doom. Some of the largest studios and networks in Hollywood — including New Line Cinema, Columbia Pictures and HBO — have tried to develop the project over the last several decades, to no avail. But it took Apple TV+, a master of the superhero genre and a pandemic to actually make it happen.

David S. Goyer, best known for his work on films like “Batman Begins” and the “Blade” trilogy, found a way to borrow from portions of each book, cleanly moving back and forth between time periods, to effectively layer multiple narratives into a cohesive journey. And Apple coughed up a production budget to allow detailed visuals that put the show over the top and create a sumptuous feast for the eyes. Combined with compelling performances and thoughtful philosophy, “Foundation” should be a draw for fans of the genre.

While Asimov is a seminal figure in the sci-fi world, it’s no accident why Hollywood took so long to crack this saga. There were no aliens to battle. All of the characters’ problems began and ended with man. More importantly, because of the great lengths of time covered in his work, Asimov explored the evolution and distortion of these fears as they passed down through generations. 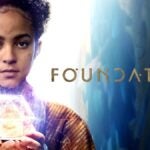 Also Read:
‘Foundation': Enjoy the Fall of Rome (in Space) in the Gorgeous Final Trailer (Video)

The initial trilogy (which Asimov later expanded with seven more novels, both sequels and prequels) traversed what was left of humanity after the robot wars destroyed Earth and humans scattered across the galaxy. For thousands of years, Empire, the clone descendants of a galactic dictator, oversaw the farthest known reaches of the universe. Empire existed as three individuals who call themselves brothers: The youngest, Brother Dawn (Cassian Bilton), studied the ways of his elders and attempted to become a perfect replica. Brother Day (Lee Pace) played de facto leader, judge, jury and executioner to his people. Brother Dusk (Terrence Mann) chronicled his life and imparted his wisdom.

Then a math professor named Hari Seldon (Jared Harris) develops a theory called psychohistory that enabled him to predict the future in algorithmic terms, including the fall of the Galactic Empire and 30,000 years of darkness. The peace the brothers once knew disintegrates, as doubts brew about their individuality and their rights to the power they’ve won through blood and technological advances. Seldon inspires a band of followers who banish themselves to the outer rim of the galaxy to rebuild the best of humanity in hopes of shrinking the period of darkness to just 1,000 years.

All of this is super-complicated, of course, but Goyer faced other challenges in adapting Asimov’s saga. There are no love stories — and virtually no women — in the original “Foundation.” By changing the gender two of the main characters, Salvor Hardin (Leah Harvey) and Gaal Dornick (Lou Llobell), Goyer’s team found an effective way to explore the lives of survivalists. At the end of humanity, what does it mean to bring a child into this world? Is it worth leaving a soul mate to discover life’s purpose? Intimate moments woven into the political thriller makes the story infinitely more watchable, without losing the elements that made the original story special.

Lee Pace brings his commanding force to full power as Brother Day, whom we see in two different iterations as he shifts from greed to empathy. Terrence Mann also presents a character at several stages in time, from a sage cutthroat to a vile despot.

Other notable highlights include Lou Llobell, who brings heart and fierce determination to Gaal Dornick. The always spectacular T’Nia Miller (“The Haunting of Bly Manor”) gives a jaw-dropping performance as a revolutionary in an ancient religion. Clarke Peters, otherwise known as Det. Lester Freamon from “The Wire,” pops up in a small role and beautifully uplifts each moment with rich emotional depth.

The pricey production is steeped in the visual imagery of art-deco futurism, modified combat garb and sleek aeronautic concept designs, and borrows from visual predecessors without repeating a single look. Everything drips money and expertise. One of the great minds behind the art direction and production design from the “Hannibal” TV series, Rory Cheyne, put his skill to the forefront here. This high level of construction continues with the costume designs by Kurt Swanson and Bart Mueller. Best known for their work on “The Hunger Game” series, they’ve designed futuristic swimsuits, prayer gowns and tactical uniforms that feel completely unique.

However, the narrative suspense begins to thin in the back half of the 10-episode first season. Perhaps the issue lies with adapting a literary work that redefined sci-fi and inspired many of the masters of the genre who came after him. What used to surprise audiences now appears contrived. After all, a Galactic Senate, hover cars and clones have heavily featured in sci-fi for decades now.

In the original text, those with power were all men. In this narrative, only Empire and Harry Saldin remain men. The other main characters are all women. Goyer wanted to remind his viewers of the hope humanity could manifest even in the darkest times.

While much of this show is forward-leaning and racially diverse, there’s a stunning lack of LGBTQIA+ representation throughout the show. There’s one mention of a bisexual sexual experience toward the end of the season, a few disabled people but even less body diversity. While there’s much to enjoy in “Foundation,” if the goal is to instill hope, then all of humanity should be present. 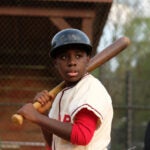