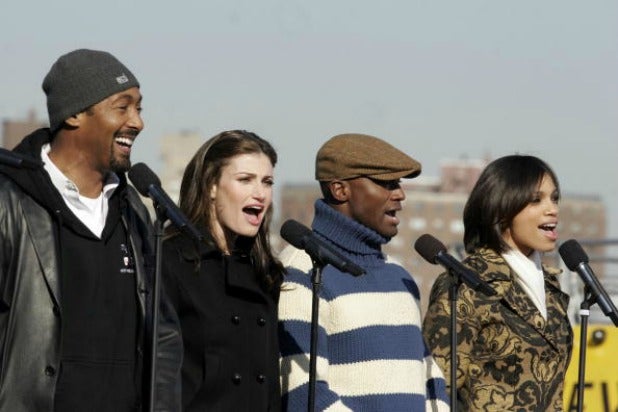 “Rent” fans will have to wait more than 525,600 minutes for Fox’s live production of the Tony-winning musical.

Fox Television Group CEO and co-chairman Dana Walden told reporters during the Television Critics Association’s summer press tour on Tuesday that the network’s televised version of “Rent” will probably not air until late 2018.

She added that the show from executive producer Marc Platt (“Grease: Live”) has yet to attach a director or cast.

Also Read: 'King of the Hill' Creators in 'Preliminary' Talks With Fox to Bring Back Show for Trump Era

Walden pointed out that the network is still committed to live musicals, despite the inherent difficulty and cost. ABC’s “Little Mermaid Live” and NBC’s “Bye Bye Birdie” have both seen their launches delayed recently.

“I think if you can make a deal where it can become somewhat perennial, you can re-air it, it can go over to Fox Now — there are various multi-platform opportunities for a show like that,” she said. “For us, we’re just genuinely excited about the storytelling form, and when you can get an iconic piece of IP like ‘Rent’ — that was probably the most exciting thing that I worked on my first year at the network, was ‘Grease: Live.'”

Fox announced in May that it would air a live “Rent,” and no premiere date was given at that time.