Fox Nation, one of Fox News Media’s three streamers, is celebrating an “All-American Christmas” this year with the release of two new Christmas Movies. “Christmas in the Wilds” and “Christmas in the Pines” will both be available exclusively on the platform beginning on Thanksgiving, which falls Nov. 25.

The independent 2014 film “An Evergreen Christmas” starring Naomi Judd will also be available on the streaming service along with a few dozen others, like “Romance in the Wilds,” “Merry Kissmas,” “A Puppy for Christmas” and “Snowmance.” 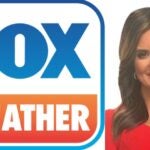 “Romance in the Wilds” stars Kaitlyn Leeb and Victor Zinck Jr. as a forest ranger and a geologist who unexpectedly witness a deadly wildfire. Sparks fly as they try to escape with their lives. “Christmas in the Wilds” tells the story of the couple’s first Christmas together while “Christmas in the Pines,” starring Jillian Murray, follows a writer and architect who battle over an idyllic cottage.

The films are produced by Brain Power Studio in association with INSP Films.

As part of the “All-American Christmas” campaign, Fox Nation is giving new users 35% off its annual price for the year with the code “Celebration.”