Fox News analyst Gianno Caldwell has called on Florida Gov. Ron DeSantis to “look closely” at the Miami restaurant that he claims kicked him out for his conservative politics — a conflict that has prompted the establishment to move up their prescheduled winter break in light of harassment on social media.

“I met up with friends for breakfast at Paradis Books and Bread in North Miami,” Caldwell wrote on Twitter Saturday morning. “While we were having discussions about politics we were told by the owner that we were not welcomed there because we aren’t politically aligned.”

Following the incident, Caldwell shared his outrage on Fox News Sunday, saying “There is a target on the backs of people who happen to be Black, who happen to be conservative and it needs to come to an end.”

“This should not be the case at all,” he continued. “Ron DeSantis said, in Florida, discrimination is not allowed. I hope they will look closely to what happened here at this restaurant.” 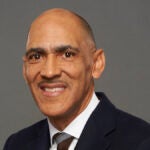 Paradis Books & Bread elaborated on the incident on their Instagram account Saturday, explaining that Caldwell entered with a group of people and, after ordering, sat in the inside corner of the restaurant and “talked quite loudly for over an hour.”

“A lot of what they were discussing was very troubling, specifically when talking about women in degrading ways, as well as using eugenic arguments around their thoughts on Roe v. Wade,” the established explained. “Their behavior and their words made other folks in the space as well as the one of us working very uncomfortable. Once it was clear that they were finished with their meal, we told them that our views don’t align, and that the language they were using was unwelcome in our space.” 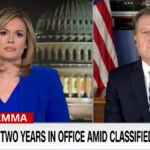 Following the incident — and Caldwell’s subsequent sound-offs on social media and Fox News — Paradis Books & Bread said they have faced harassment online “in the form of emails, comments, and negative reviews” in a follow-up post posted Sunday, leading the business to move up its winter break — previously scheduled for Jan. 29 – Feb. 16 — to this coming week.

“We’ve also received a couple of genuinely alarming messages online and calls to our personal phones that have ultimately made us decide to take our winter break a week early out of an abundance of caution for ourselves and our community, and to allow this news cycle to run its course,” the business wrote. “We love y’all and we love what we do, and we refuse to put any one of us or any one of y’all in harm’s way.”

“Please know that we feel incredibly supported and we can’t thank y’all enough,” Paradis Books & Bread concluded. “We very much hope y’all can understand, and we can’t wait to reopen our doors for you next month.”