At the March for Life in Washington D.C. on Friday, Dungy told the conservative crowd that the millions of people praying for Hamlin’s recovery should also be praying for the end of abortion.

“An unbelievable thing happened that night,” Dungy said, video of which you can watch at the top of this post. “A professional football game with millions of dollars of ticket money and advertising money on the line, that game was canceled. Why? Because a life was at stake, and people wanted to see that life saved. Even people who are not necessarily religious got together and called on God… that’s exactly why we’re here today. Because every day in this country, innocent lives are at stake. The only difference is they don’t belong to a famous athlete and they’re not seen on national TV. But those lives are still important to God and in God’s eyes.” 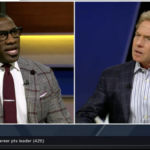 Forbes contributor Exavier Pope tweeted on Friday, “Absolutely tasteless for Tony Dungy to use Damar Hamlin’s near death experience like this.”

Gee Scott Jr. of the Ohio State Buckeyes responded on Twitter, “I’m so glad my father isn’t here to see you this way @TonyDungy. You were his favorite. Flat out awful!!” 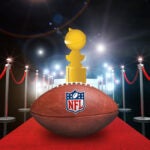 Also Read:
Why the NFL May Undermine the Golden Globes’ Future on NBC

NBC did not respond to TheWrap’s request for comment on Dungy’s remarks at the March for Life.

Dungy had already angered LGBTQ advocates this week for sharing the false claim that some students are “identifying as cats” on Twitter, a tweet he later deleted.

OutSports’ Cyd Zeigler called out the former NFL coach for “almost two decades [of] homophobia and transphobia” and criticized NBC for not condemning Dungy’s tweet.

The tweet also prompted The Nation’s sports editor Dave Zirin to write article entitled, “Tony Dungy Is a Right-Wing Zealot and the NFL and NBC Don’t Care,” in which he slammed Dungy’s “hateful blather.”

On Friday, GLAAD shared the message, “Public figures must use their voices and platforms accurately and responsibly and speak up for those who need a champion. Tony Dungy’s transphobic comment was devastating.” 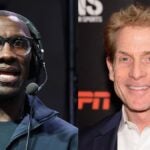