January ratings are in and, per Nielsen Media Research data, Fox News just set a big record: The network officially capped off 20 straight years as the top-rated cable news channel.

Notably, “The Five” continued its ratings success, ending the month as the most-viewed show in cable news, which is a unique feat for a non-primetime program. Tucker Carlson’s 8 p.m. ET juggernaut led the way in the advertiser-coveted age demographic of 25 to 54.

Fox News ended January as the top cable news channel in both total day viewers and primetime viewers. It has been the most-watched cable news network by both metrics since 2002. “Fox & Friends” host Steve Doocy told TheWrap in October of last year that when he started with the network at its inception 25 years ago, “it didn’t look good” and the team thought “market leader” CNN was tough competition. Five years later, the channel took the lead and never let it go. 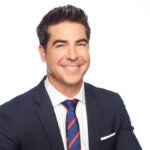 The top five cable news programs in total viewership and demo viewership all belonged to Fox News. In total average viewers, “The Five” led the way with 3.573 million, “Tucker Carlson Tonight” averaged 3.414 million, “Hannity” took in 2.862 million, “Special Report with Bret Baier” nabbed 2.616 million and the 7 p.m. ET hour brought in 2.385 million, on average. “Jesse Watters Primetime” premiered in the 7 p.m. hour during the final week of January. Prior to Watters’ ascension to his own pre-primetime solo gig, the hour was helmed by rotating hosts. Watters’ program nabbed 3.3 million average viewers and 490,000 demo viewers, on average, in its first week. 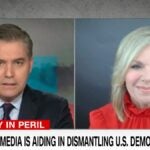 Fox News was also the only one of the big three cable news networks to improve year over year in total average viewers in total day. Fox News was up 4% in total-day viewership compared to January 2021, while CNN was down 74% and MSNBC was down 60%. Recall, of course, that January 2021 was a huge month for news: In addition to the deadly Capitol riot on Jan. 6, former President Donald Trump was impeached a second time and President Joe Biden was sworn in.