Fox News often plays contemporary music as its shows fade into commercial breaks, but on Tuesday’s “Outnumbered,” one such instance involved some NSFW language.

“So apparently we did not have the clean version of the Ariana Grande song at the end of the last block,” newly minted co-host Kayleigh McEnany said as “Outnumbered” returned from a commercial break. “We apologize for that to our viewers.”

The apology came after the show played the unedited version of Ariana Grande’s 2018 chart-topping hit “Thank U, Next.” In the song, Grande thanks her previous boyfriends for teaching her about love and preparing her for a better relationship down the line. In the chorus, she repeatedly sings, “I’m so f—ing grateful for my ex” — a lyric that was heard twice on Fox News on Tuesday. 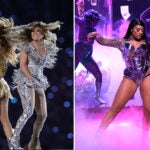 In total, the studio version of the single includes the f-bomb seven times in three minutes and 27 seconds, so it was notable that the few-second bump on Tuesday managed to include two of those instances.

The FCC oversees the content of publicly aired broadcast channels but has little sway over what cable channels air, so it’s unlikely this will earn the network any significant penalty.

Check out the clips from today’s episode of “Outnumbered” below, first flagged by the Daily Beast’s Justin Baragona. But be warned: they include NSFW language.