“Pence, seriously. We have this great thing going with Joe,” Watters said on Tuesday’s edition of “The Five” before Gutfeld interjected: “And he just ruined it!”

Watters then pointed out that while Pence confessed to having the documents — signaling to Pence’s cooperation with the investigation being completed by the FBI and the Justice Department’s National Security Division — Watters says he “could’ve just destroyed it.” 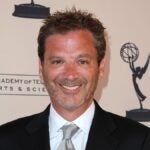 Watch the segment at the top of this post.

Despite casually throwing around their wish that Pence had tampered with the documents, Gutfeld reminded the commentators that it’s their duty to “be fair and balanced and show both sides.” “I know,” Watters lamented, “Now we have to show both sides!”

“Pence is so clean — squeaky clean,” Watters said. “It’s nothing like the real bad documents that Joe Biden was squirreling away.”

As the investigation regarding the classified documents at President Biden’s residence continues — most recently advancing Saturday when Justice Department investigators seized several additional classified documents at Biden’s residence in Wilmington, Delaware — Gutfeld suggested that the former VP might want to be “included in the conversation.”

“He’s like, ‘Hey I’m running for president, too. Investigate me! I looked at secret stuff!'” Watters said, referring to the speculation that Pence might run for office. 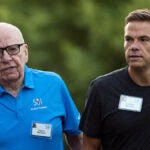