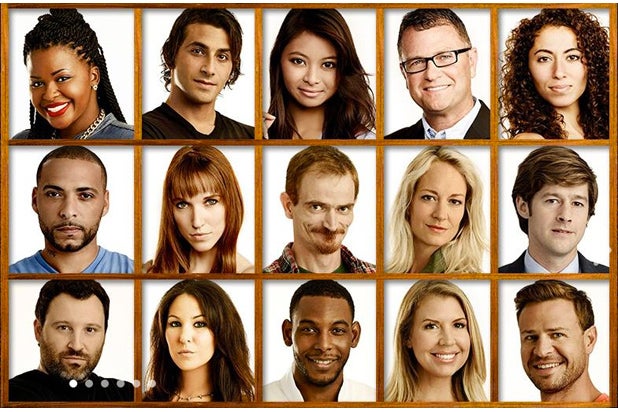 Fox’s “Utopia” has chosen its inaugural 15 contenders, or “pioneers” as the show refers to them.

Starting Friday, Aug. 29, the network announced that the cast can be watched around the clock online at UtopiaTV.com and via the Utopia app.

Looking at the bunch, it would seem they were picked just to create tension. A woman who practices polyamorous relationships, a pastor, a vegan chef, a man just out of prison, and backwoods hillbilly are just a sampling of the group that will start new lives as part of the television show’s new society.

Another way to look at the group is that they represent a diverse mix of views and beliefs needed to create a new society. From executive producer John de Mol, and based on the hit Dutch television series of the same name, “Utopia” asks the question: “If you could restart the world, what would you do differently?”

For one year, the group will build a new society from the ground up.

“Utopia” will debut with a special three-night premiere, beginning Sunday, Sept. 7 at 8/7c, following the FOX NFL doubleheader. It continues in its regular time period on Tuesday, Sept. 9 at 8/7c. Beginning Sept. 12, it will also have six special broadcasts on Fridays at 8/7c.

From Talpa Media USA, “Utopia” was created by de Mol. Conrad Green (“Dancing with the Stars”), Jon Kroll (“The Week the Women Went,” “The Amazing Race”) and David Tibballs (“Dragon’s Den”) will executive-produce with de Mol.

Watch a video introduction to the cast below:

Below, see a list and short bio about each contender.

BELLA CHARTRAND
If there’s one person prepped for success in Utopia, it’s naked yoga enthusiast Bella, known as “the peppy prepper with a purpose” in her Southern hometown. “I’d rather be digging a hole than on a date,” says Bella, who nonetheless remains “open to the possibility of having a child in Utopia.”
Vitals: 45, single
Habitat of Origin: Griffin, GA
Occupation: Real estate entrepreneur; survivalist prepper
Skillset: Has been ready for Utopia for 10 years

ANDREA COX
“I’m a Christian who drops the f-bomb,” announces this detox diva, who would resort to cannibalism before killing or eating an animal. Utopians beware: “When I snap, I can be a little b*tchy and manipulating to get my way,” the self-proclaimed born-again virgin warns.

“5TH AVE” DAVE GREEN
“On paper, I’m written off,” says 5th Avenue Dave, a former drug dealer and burglar who’s been in and out of jail since 17. “I wanna show the world that ex-convicts and felons can make a change.”

ROB HOSPIDOR
“I’m a g*ddamn patriot,” says proud Jersey native Rob Hospidor, who’s excited to represent America – “the REAL ‘Merica,” he clarifies. The gun-loving libertarian is sure to clash with the “hippies, kumbayahs and hairy-legged broads” he suspects will populate Utopia.

JOSH JOHNSTON
“You can’t build a house without a general contractor, and you can’t build Utopia without me,” says Josh. A natural leader and a self-proclaimed “sexy beast,” Josh is on a personal quest to unify the group to build the most gratifying society possible.

JONATHAN LOVELACE
“When I go to Utopia, God goes to Utopia,” proclaims Jonathan, who hopes to build a church and baptize his fellow Utopians.

NIKKI NOCE
An ideal society won’t take shape overnight, but don’t expect that to phase Nikki. The holistic doctor and tantric sex enthusiast is sure to take a hands-on approach to communal living. “The human touch is so loving and healing,” she says.

BRI NYUGEN
“It would be nice to be the prettiest girl in Utopia – that way, I could have my pick of the men,” says Bri, who is also passionate about animal rights and sustainability.

MIKE QUINN
“My strengths are definitely in government, not in working,” says lawyer Mike, a serial dater who’s packing work boots…although he’s not planning on wearing them. “We have a much better chance of creating a society if I’m managing the rules.”

AMANDA SCOTT
“I’m pregnant, but not powerless,” says Amanda, who plans to keep her pregnancy a secret from the other Utopians for as long as she can. Her work with developmentally challenged children reaffirms her belief that if “everyone treated each other like family, the world would be a better place.”

AARON THOMAS
“Food is life,” says this former Army officer who knows what a good meal can mean to a hungry community. A hopeless romantic and fantastic forager, Aaron envisions a Utopia free of class divisions and full of nuts and berries.

CHRIS TUORTO
He’ll infuse your spirit with happiness and burn your mouth with the hot peppers he farms with his family. Chili charmer Chris loves inspiring others, working as a team and finding beauty in all he beholds. Well, maybe not everything. “Bible bangers drive me nuts,” he says.

HEX VANISLES
Don’t call her Katniss. Sure, hunter Hex Vanisles is “six feet of twisted steel and sex appeal,” but her primary game is to bring lessons from Utopia back to Detroit, her hometown.

RED VANWINKLE
“I’ll be your Hillbilly MacGyver and your go-to guy,” says Kentucky Red, who won’t tolerate fools in Utopia. “I can fix just about anything,” he says. “But there ain’t no fixin’ stupid.”

DEDEKER WINSTON
In Utopia, Dedeker wants everyone to feel safe, warm and comfortable… with her non-traditional sexuality: polyamory. “I’m not a freak. I’m not a sex addict. This is not a kink,” says the liberal, who hopes to educate her fellow Utopians.