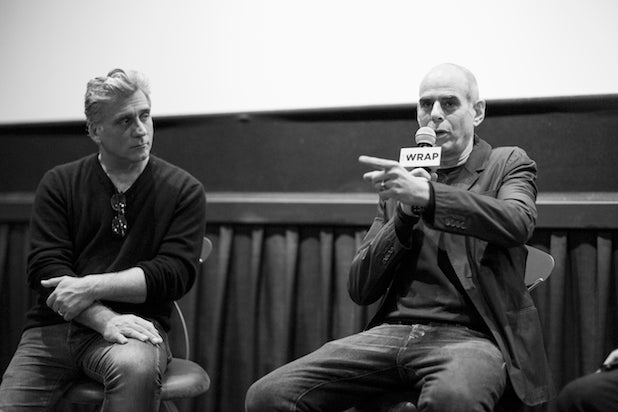 Israeli director Samuel Maoz said that he was shocked that his country’s culture minister, Miri Regev, denounced his new film, “Foxtrot,” without even seeing it and threatened to pull funding for similar arts projects that questioned the actions of the country’s military forces.

“The struggle in Israel is no longer for the film itself, it is for freedom of speech and expression and for purity of thought,” writer-director Samuel Maoz told Managing Editor Thom Geier Wednesday at TheWrap’s inaugural New York City screening series event.

Maoz’s movie, which won the Silver Lion at the Venice Film Festival as well as eight prizes at the Israeli version of the Academy Awards, includes scenes depicting Israeli Defense Forces guarding a roadside checkpoint — and an accidental shooting that leads to the tragic death of a carful of innocents, presumably Palestinian, as well as the deliberate cover-up of the event.

Even though “Foxtrot” became Israel’s official submission for the Oscars, the fallout from Regev’s criticism was pronounced, particularly among the politician’s supporters.

“We got threats on our life,” said the film’s star, Lior Ashkenazi, who plays the middle-aged father of one of the young soldiers. “We went to the Israeli Academy Awards with bodyguards.”

Maoz complained that Regev exaggerated her position by saying “‘Foxtrot’ is destroying the country, as if the film was a nuclear weapon that would erase us from the map.”

He denied the far-right Regev’s assertions that he was a traitor for holding a mirror to aspects of Israeli society that may seem less favorable. “When I criticize the place that I live I do it because I worry, I do it because I want to protect it, I do it from love,” he said.

“Every human society should strive to be better, to improve itself. The basic and necessary condition for improvement is the ability to accept self-criticism,” Maoz said. “But when self-criticism is marketed to the people as traitorous, there’s no chance of rising.”

While “Foxtrot” drew only 14 percent of its funding from the Israeli Film Fund, Maoz said he worries that Regev’s attacks could have a chilling effect on works by less established auteurs.

“The danger is that young cinema-makers will censorize themselves,” he said. “Because they will understand that if they will send a script that has some self-criticism they won’t get the money. This is the real danger.”