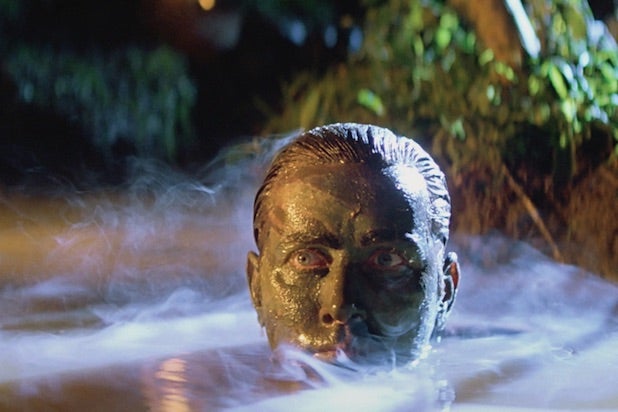 Of course, the three-hour movie that wasn’t “Avengers: Endgame” was a 40-year-old classic, a monumental demonstration that Marvel Studios is the new kid on the block when it comes to supercharged and supersized entertainment.

Francis Ford Coppola came to Tribeca on Sunday night to present what he calls the “Final Cut” of his epic “Apocalypse Now,” which was considered a grand folly up until the moment it won the Palme d’Or at the 1979 Cannes Film Festival (in a tie with “The Tin Drum”) and then survived mixed reviews to become a hallucinatory landmark in war movies.

You probably know the story: Captain Willard (Martin Sheen) takes a river journey up through Vietnam into Cambodia, on a secret mission to locate and kill the rogue Colonel Kurtz (Marlon Brando). It starts with napalm and surfing, ends in blood-soaked ritual and the journey, inspired by Joseph Conrad’s “Heart of Darkness,” only gets darker and more surreal along the way.

Making it almost killed Coppola in the process — in a post-screening Q&A moderated by Steven Soderbergh, the older director joked that “Hearts of Darkness,” his wife Eleanor’s documentary about the making of ” Apocalypse,” could just as well have been titled “Watch Francis Go Crazy.” But for hallucinatory extravagance, for its depiction of the Vietnam War as a smoke-lit hell that somehow mixed napalm and death with Playboy Playmates, surfing and Wagner, there was nothing like it in 1979 and there’s nothing like it in 2019.

“Apocalypse Now Final Cut,” which made its world premiere at Tribeca before a theatrical and home-video release set for later this year, is the third version of the film Coppola has made, if you don’t count the work-in-progress version that screened at Cannes. Scared about its reception, he cut the original to 153 minutes, making it “less weird” as he did. In 2001, he restored many of the things he’d cut and came up with “Apocalypse Now Redux,” a grandiose 202-minute version.

And now, at 183 minutes, “Final Cut” splits the difference between the version Coppola said he thinks is too short and not weird enough, and the one he now thinks is overstuffed. Much of the footage from “Redux” is back, though this version is most conspicuously missing the interludes a couple of characters had with the USO-dispatched Playmates. A scene of Marlon Brando’s Col. Kurtz reading Time magazine is also gone.

But the lengthy “plantation sequence,” a 20-minute detour that finds Willard and his crew spending the night at a French plantation whose residents refuse to give up the land they’ve had for decades, is intact — and, to be honest, very lengthy to come in the film’s third hour.

But those kind of notes are for “Apocalypse” completists. The bottom line is that this is probably the most satisfying of the three versions, a visceral but surreal journey into madness that feels monumentally alive.

In the conversation with Soderbergh, an avid fan who said he saw the original film 17 times in theaters in its initial release, Coppola talked about how frustrated he was by studios’ refusal to finance “Apocalypse Now” even in the aftermath of his two enormously successful “Godfather” movies. At one point, he said, he was so disgusted that his success hadn’t bought him leverage in Hollywood that he flung his five Oscars out the window, breaking them all. (His mother, he said, returned them to the Academy to be replaced, claiming the maid had broken them.)

Toward the end of the Q&A, Coppola summed up his attitude toward crazy projects like “Apocalypse.” “You can’t make art without risk,” he said, “any more than you can make babies without sex.”