This story about Frankie Shaw first appeared in The Race Begins issue of TheWrap’s Emmy magazine.

She never really had a role model. Frankie Shaw studied English literature and wrote her first screenplay in college, and in the back of her mind she always knew she wanted to be a filmmaker.

But apart from a few directors like Jane Campion and Cate Shortland, she didn’t see any women doing what she wanted to do — so to break into the business, Shaw became an actress, appearing in “Blue Mountain State,” “Mixology” and “Mr. Robot” and almost invariably finding herself working for male directors and showrunners.

“The only time I was ever directed by a woman was on ‘Mr. Robot,'” she said. “Every other guest-starring role and independent film were all male directors. I think that’s part of the reason it took me so long to do it, because I didn’t see anyone modeling it for me.” 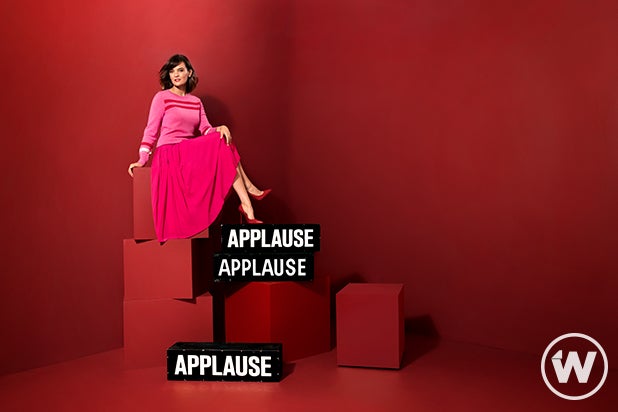 But in the summer of 2014, Shaw wrote and directed two short films; one, titled “SMILF” and based on her own experiences as a single mother trying to make it in Hollywood, won the top short-film prize at Sundance and landed her a series deal with Showtime.

(It was also a finalist in TheWrap’s ShortList Film Festival in 2015.)

All eight episodes in the first season were directed by women, and most of the writers room was female as well. “No matter what, the room was going to be mostly women and people of color,” she said. “Last year I sent an email telling all of my departments that 50 percent of every department had to be women or people of color, and this year it’s actually going to be in the contracts.

“It’s important for the comfort level, and also important that people are given the opportunity to move forward.”

And speaking of moving forward, Shaw’s character, Bridgette, spends much of the season struggling to come to terms with the sexual abuse she suffered at the hands of her father. The episodes, which mix humor with wrenching emotion, were all written and filmed before the Harvey Weinstein scandal opened the floodgates.

“The show we wrote before the #MeToo movement happened to be all about #MeToo,” she said. “I was really unsure how people were going to respond to ‘SMILF’ talking about sexual harassment and sexual abuse, but this moment has made the show feel more resonant.”

One sign of its impact: two Golden Globe nominations.

“I do feel like there’s been a cultural shift,” she added. “I think we still have a way to go, and time will tell if more women and people of color will get the same opportunity that men have. But just my show being on the air and me being able to showrun, it is a definite example of how things are changing.”

TheWrap Emmy magazine: The creator-stars of ”Crazy Ex-Girlfriend“ and ”SMILF“) join Courtney Kemp (”Power“) and Gloria Calderon Kellett (”One Day at a Time“)