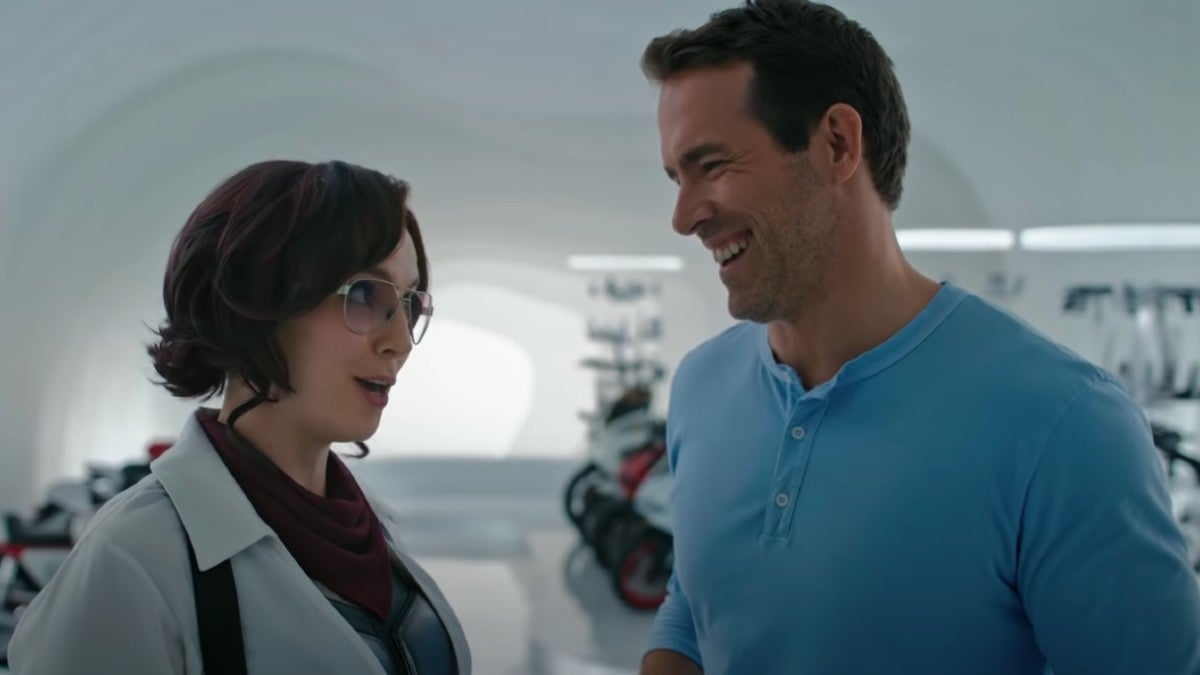 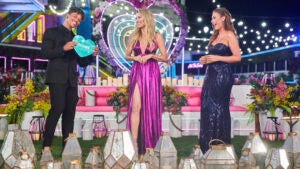 Ratings: Not a Ton of Love for ‘Love Island’ Season Finale

Did ‘Free Guy’ Get a Box Office Boost From Exclusive Release in Theaters?

The latest twist in a box office full of them came this weekend courtesy of 20th Century Studios’ “Free Guy,” the first movie from Disney in over a year released only in theaters.

The film’s lack of availability on streaming, premium or otherwise, almost certainly played a factor in its early success. The question is how much. With a $28.4 million opening, the original comedy starring Ryan Reynolds has edged out the $26.2 million opening by Warner Bros.’ DC Comics hit “The Suicide Squad.”

Like everything else at the box office, beating box office expectations has a variety of factors behind it, including the ongoing impact of COVID-19 on the theatrical market.

Aside from the fact that “The Suicide Squad” was available on streaming at no extra charge, the expectations for each film were significantly different. “Squad” fell short of its projected $30 million debut despite some major advantages: the DC Comics label, returning star Margot Robbie, “Guardians of the Galaxy” director James Gunn and following a similarly named film that opened to $133.7 million in 2016 on its way to a domestic total of $325.1 million.

Aside from it bankable leading man, Ryan Reynolds, “Free Guy” had a lot less going for it on paper as a high-concept original action comedy. But it blew past its projected $20 million opening.

Disney’s global distribution head Tony Chambers pointed to other strengths for “Free Guy,” which the studio inherited as part of its 2019 acquisition of 20th Century Fox. He praised the studio’s marketing team for a robust campaign for the comedy, which emphasized its only-in-theaters release, and noted the strong critical and audience praise — “Free Guy” earned an A on CinemaScore and a 95% Rotten Tomatoes audience score. It was enough to give the film a stronger opening weekend than any comedy released in 2019, according to box office site The-Numbers.

“Whether theatrically exclusive or with Disney+ Premier Access, audiences have consistently embraced the films that we have released this year, and moviegoers are discovering our content through the strong word of mouth generated by our marketing campaigns,” Chambers said. “The films are also holding well, and we expect strong legs for ‘Free Guy.'”

Disney has its own reasons to avoid crediting theatrical exclusivity for the success of “Free Guy.” The company has stressed the need to be flexible with release strategies as the pandemic wears on. On an earnings call last week, CEO Bob Chapek said Disney planned to “experiment” with a 45-day theatrical window for “Free Guy” and next month’s Marvel martial-arts movie “Shang-Chi and the Legend of Ten Rings,” but stressed that the company would always do “what we believe is in the best interest of the film and the best interest of our constituents.”

As Chambers noted, the studio will be looking to see how “Free Guy” legs out over the next two weeks compared to the ongoing performance of “Jungle Cruise,” which is available as a premium title on Disney+. While other hybrid releases like “Black Widow” and “The Suicide Squad” have seen steeper-than-expected weekend drops, “Jungle Cruise” has legged out reasonably well. After opening to $35 million over July 4 weekend, the Dwayne Johnson adventure film dropped 55% in its second weekend and hit $82 million through three weekends — with a $100 million domestic run now within reach.

The same probably can’t be said for “Free Guy,” but it will still move forward with strong word-of-mouth, particularly among male moviegoers aged 18 to 35 who have been the most common moviegoers since theaters reopened. And word of mouth may play an even bigger role without an at-home viewing option to peel away potential ticket buyers.

But Boxoffice editor Daniel Loria warns not to lean too heavily on “Free Guy” when trying to map out how the coming crowded September and October box office will pan out, especially with “Shang-Chi” coming on September 3.

“Day-and-date is certainly playing a factor here and with other films, but the market is so unstable right now that each data point we get from a new release is coming in a different environment with COVID-19,” he said. “That makes it difficult to do the basic analysis of using past data to get a sense of where the box office stands.”

Still, Loria believes that the 45-day window that Disney is now testing will become the industry standard for film distribution after the pandemic subsides, as studios like Warner Bros. and Universal have signed agreements with top theater chains guaranteeing that window starting next year. The problem is that no one knows when the new normal will arrive.

“Everyone seems to have a sense of where the industry is headed,” he said. “It’s just that until then, studios and theaters are having disagreements about how to best handle the unpredictability that COVID-19 is bringing and are trying to figure out the best way to secure the most profitability for their films.”