Disney/20th Century Studios’ “Free Guy” easily held on to the No. 1 spot at the box office this weekend, earning $18.8 million to bring its total to an estimated $58.8 million domestic and $111.9 million worldwide after two weekends in theaters.

The Ryan Reynolds action comedy, which is the first film distributed by Disney in over a year to only be released in theaters, fell just 35% from its $28.3 million opening weekend. Theater owners will surely point to that result as an example of the importance of theatrical exclusivity at a time when so many films are releasing simultaneously on streaming.

Paramount’s “Paw Patrol: The Movie,” the top major new release this week, finished at No. 2. The film adaptation of the hit children’s TV series was released in theaters and on Paramount+, opening to $13 million. That beats studio projections of an $8-10 million opening weekend and brings its global total to $34.5 million. As expected for a film of this type, 88% of the audience was families, with 56% female. Audience reception was strong with an A- on CinemaScore and a 4.5/5 score on Postrak.

Family films like “Paw Patrol” have so far become the first casualties of the fall release slate thanks to surging infections with the Delta variant. Paramount has pulled “Clifford the Big Red Dog” from its release slate while Sony and Amazon are in talks to move “Hotel Transylvania: Transformania” from theaters to Amazon Prime. And on Friday, MGM announced that its animated film “Addams Family 2” would be released as a hybrid title both in theaters and as a digital rental.

In its fourth weekend, Disney’s “Jungle Cruise” added $6.1 million to take the No. 3 spot and bring its total to $92.5 million. In the case of both “Jungle Cruise” and “Free Guy,” strong word-of-mouth and a lack of competition are likely the major factors behind these strong holds even with COVID-19 diminishing public interest in moviegoing. 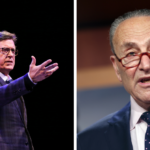 Farther down the charts are three new releases that failed to open above $3 million. Lionsgate’s “The Protege” opened at No. 7, taking in $2.9 million from 2,577 screens. The action film starring Maggie Q and Samuel L. Jackson had decent reception with a B on CinemaScore and a 62% critics Rotten Tomatoes score.

Just below it is Searchlight’s “The Night House” with a $2.86 million opening from 2,240 theaters. The psychological horror film starring Rebecca Hall was well received with critics with an 84% RT score but flopped with audiences with a C- on CinemaScore.

Finally, there is Warner Bros.’ “Reminiscence,” starring Hugh Jackman and Thandie Newton and directed by “Westworld” co-creator Lisa Joy. Released in theaters and HBO Max, the sci-fi thriller failed to launch with just a $2 million opening from 3,265 screens and poor reception with a 36% RT score and a C+ on CinemaScore.