“Single Drunk Female,” the getting sober dramedy from writer/producer Simone Finch, which stars “Skins” alum Sofia Black-D’Elia as the struggling Samantha, has added to its cast.

Brown will play Melinda “Mindy” Moy in six of the show’s 10-episode first season. Her character is described by the network as “Samantha’s take-no-prisoners boss at Giovanni’s grocery store. She can either be your worst enemy or your fiercest defender. Before she became a queen bee in the recovery program Samantha attends, Mindy, a trans woman, used to live mainly online. Now, Mindy’s determined to live fearlessly.” 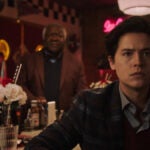 Hall joins the cast on five episodes as Joel, “Samantha’s well-meaning working class ex-high school sweetheart who is engaged to her BFF, Brit,” according to his character description. “Joel is determined to avoid all conflict, which means he inadvertently creates more conflicts by trying to “make things right.” Joel constantly finds himself in the middle of Sam and Brit’s battles.”

Shepard, a comedian and actress, is playing Gail Williams across four episodes. “Gail is Samantha’s probation officer at the District Court. Sharp-as-a-tack and highly-decorated in her profession, she’s not impressed with Samantha’s flippant attitude and sense of humor. But she does care and possibly sees something in Samantha that wants her to succeed,” reads her character description.

Gomez appears as Bob in six episodes this season, playing the new boyfriend of Samantha’s mom, Carol (Ally Sheedy). “Bob fell for Carol during an intense meeting of Spiritual Book Club. Bob is an Irish music fan who can rattle off the top ten dobro players in the world, but who can’t read the room when it comes to annoying Samantha. Sweet hippie-ish goofball,” according to his character description. 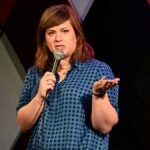 Wise plays Stephanie, a “hot as hell ‘trophy wife’ of Samantha’s sponsor Olivia,” whose name is prounounced “Stef-AH-nee. “Stephanie is the founder of “Girl Boss-ton” a girl-power athleisure company which features countless articles of clothing with RBG emblazoned across the back. She is intensely jealous of the time Olivia’s sponsees suck up,” reads her description. Wise will appear in four episodes.

Glaser, a five time Emmy nominee (one for writer on “Inside Amy Schumer,” and four times for his writing work on “Late Night with Conan O’Brien”) plays Nathaniel. Across three episodes, viewers will see his character, who is a “Head honcho at a ‘Buzzfeed’ type of media venture (he’s an impressively-educated publisher of listicles) who fires Samantha, launching her into a downward spiral,” per his character description. “Nathaniel is snarky, strategic, and a feminist “ally,” which means he refuses to defend himself when Samantha tries to physically fight him. Despite being wary of Samantha, he still respects her talent.” Glaser will be in three eps.

“Single Drunk Female” follows the journey of Samantha Fink, a “20-something alcoholic” who is forced to “seize the only chance she has to sober up and avoid jail time” by moving back to Greater Boston, and the household of her overbearing mom, Carol. There, she “restarts her life, working at the local grocery store while surrounded by all of the triggers that made her drink in the first place. Confronted with remnants of her old life, including run-ins with her perfect former best friend, who is now dating her ex, Samantha sets out on a path to move past her worst self and figure out her best self. Kinda,” per Freeform’s logline. 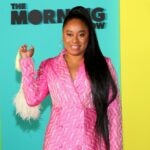 Also Read:
Freeform to Adapt Phoebe Robinson’s ‘Everything Is Trash’

The show will premiering with back-to-back episodes on Thursday, Jan. 20 at 10 p.m. on Freeform, with new episodes airing Thursdays at 10:30 p.m. after “grown-ish.”