It was a year with a record number of nonwhite acting nominees, plus two female directing nominees for the first time ever. And that means lots of landmarks could take place on Oscar night.

Here are some of them, on a list that is understandably heavy on “Nomadland” wins: 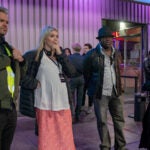 Also Read:
Emerald Fennell on Being Part Of an Oscar’s First: ‘It Just Takes a While To Turn Around a Big Ship’

She would be the third Asian director to win, after Bong Joon-ho (“Parasite”) and Ang Lee (“Brokeback Mountain” and “Life of Pi”).

If Zhao, Emerald Fennell or Thomas Vinterberg wins Best Director, it will mean that only one of the last 11 winners in the category, Damien Chazelle, was born in the U.S.A. (The others are Bong from South Korea, Lee from Taiwan, Michel Hazanavicius from France, Tom Hooper from the U.K. and Alfonso Cuaron, Alejandro G. Inarritu and Guillermo del Toro from Mexico.)

And a Best Picture win for “Nomadland” would be the fifth for Searchlight Pictures, formerly Fox Searchlight. All of those have come in the last 13 years, a time in which The Weinstein Company had two wins and no other studio had more than one. It would break a tie in total wins with Searchlight, Miramax, Dreamworks and Orion, and give Searchlight more Oscar wins than any company except the major Hollywood studios. (Columbia has 12, Paramount 11 and Fox, MGM, Universal and Warner Bros. nine each.)

Zhao could also become the first Asian writer to win Best Adapted Screenplay. If Ramin Bahrani (“The White Tiger”) or Nina Pedrad (“Borat Subsequent Moviefilm”) wins in that category instead, they would take the same designation.

If “Nomadland” wins picture, director and screenplay, Zhao will become the second woman to win three Oscars in one night, tying Fran Walsh for “The Lord of the Rings: The Return of the King.” (Walsh won for picture, adapted screenplay and original song.) If “Promising Young Woman” wins in those three categories, Emerald Fennell would tie Walsh.

If “Nomadland” wins in those categories and also scores a upset win for film editing, Zhao would tie Walt Disney as the only person to win four Oscars in one night.

If “Promising Young Woman” wins Best Original Screenplay, Fennell would become the first solo female winner in the category since Diablo Cody (“Juno”) in 2008, and the fifth ever, after Cody, Sofia Coppola (“Lost in Translation”), Jane Campion (“The Piano”) and Callie Khouri (“Thelma and Louise”). 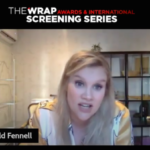 If “Nomadland” wins Best Adapted Screenplay, Zhao would become the first solo female winner in the category since Emma Thompson (“Sense and Sensibility”) in 1996, and the fourth ever, after Thompson and two wins for Ruth Prawer Jhabvala (“Room With a View” in 1987 and “Howard’s End” in 1993).

(Other solo female winners, in discontinued categories: Frances Marion won for her original screenplay to “The Big House” in 1930, before the Oscars had separate original and adapted categories; and Clemence Dane won an Oscar in the now-defunct Best Original Motion Picture Story for 1946’s “Vacation From Marriage.”)

If “Promising Young Woman” and “Nomadland” both win screenplay awards, it’d be the first time ever that women have won all the writing Oscars. (The only other time women won in both categories in the same year was 2004, when Sofia Coppola won the original-screenplay award and Fran Walsh and Philippa Boyens shared the adapted-screenplay prize with Peter Jackson.)

If she wins Best Supporting Actress for “Minari,” Yuh-Jung Youn would become the first Korean actress to win an Oscar and second Asian actress to do so, after Miyoshi Umeki for “Sayonara” in 1957. (This doesn’t count Natalie Portman, who was born in Israel but is not considered Asian.)

Boseman would also be the third posthumous acting winner, after Peter Finch for “Network” and Heath Ledger for “The Dark Knight.”

In the Best Actress category, Viola Davis or Andra Day would be the second Black winner, after Halle Berry for “Monsters Ball.”

Riz Ahmed would become the first Muslim actor to win Best Actor if he wins for “Sound of Metal.”

If all four of the acting categories are won by non-white actors, it would be the first time ever that all the Oscar acting winners were people of color. The previous high is three, which happened in 2019 with wins by Rami Malek, Mahershala Ali and Regina King. (The non-white nominees this year are Riz Ahmed, Chadwick Boseman and Steven Yeun in Best Actor; Viola Davis and Andra Day in Best Actress; Daniel Kaluuya and Lakeith Stanfield in Best Supporting Actor; and Yuh-Jung Youn in Best Supporting Actress.) 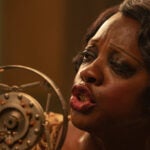 If “Ma Rainey’s Black Bottom” wins for Best Costume Design, Ann Roth would become the second-oldest winner in any category ever. She’ll be 89 years and 177 days old at the Oscars, 93 days younger than James Ivory was when he won for writing “Call Me By Your Name” in 2019.

If “Ma Rainey” wins Best Makeup and Hairstyling, Mia Neal and Jamika Wilson would become the first Black winners in that category.

If “Soul” wins Best Animated Feature, it would be Pete Docter’s third win in the category, breaking a tie with Brad Bird, Jonas Rivera, Andrew Stanton and Lee Unkrich and making him the winningest person ever in the 20-year-old category. 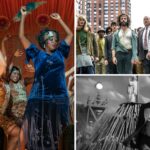 A win for “Soul” (or “Onward”) would also be the 11th win in the category for Pixar, giving it more victories than every other studio combined. (Pixar’s parent company, Disney, is a distant second with three wins.)

If Netflix wins more than four Oscars, it will set a new record for the most wins ever for a streaming service. (It set the current record of four in 2019.)

If Netflix wins the most Oscars of any studio, it will be the first streaming service to do so.

Whichever film wins Best Picture will set a new record as the lowest-grossing Best Picture winner ever, a record currently held by the $17 million domestic gross for “The Hurt Locker.” “Promising Young Woman” is the top-grossing nominee, with a little more than $6 million in the U.S. (Netflix does not report grosses for its two nominees, “Mank” and “The Trial of the Chicago 7.”)

If Glenn Close doesn’t win the Best Supporting Actress award for “Hillbilly Elegy,” her Oscar record will run to 0-for-8 and she’ll tie Peter O’Toole for the most acting nominations without a win. (Between O’Toole’s seventh and eighth nominations, he was given an Honorary Oscar.)

If Diane Warren doesn’t win the Best Original Song award for “Io sì (Seen)” from “The Life Ahead,” her record at the Oscars will go to 0-for-12. That would tie her with Federico Fellini for the seventh-most nominations without a win. Fellini, though, also received an Honorary Oscar — and four of his films won the Best Foreign Language Film award, which technically goes to the country of origin rather than the director of the film. The current record holder for most nominations without a win is sound mixer Greg P. Russell, with 16, followed by art director Roland Anderson and composers Alex North and Thomas Newman with 15.