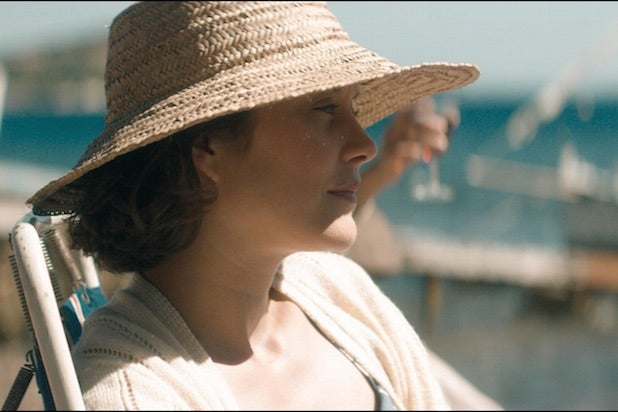 The first two (out of three) female directors in the Cannes Film Festival’s main competition managed to shake up things this year. First there was Maren Ade drawing the biggest raves of the festival with her audacious and funny two-hour-and-42-minute “Toni Erdmann” on Friday night, and then Andrea Arnold prompted a mixture of boos and lavish praise for her audacious and not very funny two-hour-and-42-minute “American Honey” 24 hours later.

On Sunday morning, it was French director Nicole Garcia’s turn in the spotlight — and while her “From the Land of the Moon” (“Mal de Pierres”) didn’t cause anywhere near as much of a fuss as the Ade or Arnold films, it’s not the kind of film designed to stir things up.

Instead, Garcia’s is a handsome, straightforward period piece with a third-act twist. Set at the end of World War II and starring Marion Cotillard as a rural woman in an unhappy arranged marriage, it’s easily the most conventional of the eight main-competition titles that have screened in Cannes so far.

That’s not necessarily a bad thing — if every movie at the festival had the crazy, messy energy of, say, “American Honey” or “Staying Vertical,” it would be exhausting. “From the Land of the Moon” is a well-crafted film, pretty and subdued even as it’s dealing with raw, unpretty emotions.

This is Cotillard’s film, and she’s tremendously affecting in what was no doubt a tricky role to pull off. Her Gabrielle, a young woman who early on accepts that she’s not going to find the passion she really wants, is quietly resigned to a marriage she entered by matter-of-factly telling her husband-to-be that she doesn’t love him, she’ll never love him, she won’t sleep with him and he’ll be unhappy.

She has her passionate moments, but for most of the film Gabrielle is drained, passive and wan. Afflicted with an ailment diagnosed as “stones,” she reluctantly goes to a Swiss clinic to take the cure, but she’s not terribly interested in getting better until she meets an equally wan young man, André (Louis Garrel), who is a traumatized veteran of the French war in Indochina (i.e., the beginning of what would be the Vietnam War).

André is described in the press notes as “dashing,” but the dash seems long ago drained out of him by the time he and Gabrielle engage in the least energetic courtship imaginable.

Sparks of a sort do fly, and Garcia sketches the relationship with restraint and a light touch. This is a stately movie about messy things — and if there’s a subversive tinge to the filmmaking, it’s that old-fashioned movies of this ilk typically don’t deal with female sexuality.

They also don’t typically undercut the traditional narrative of the grand, passionate romance, which Garcia does with a third-act twist that to her credit she doesn’t telegraph ahead of time. But the twist isn’t especially startling or shocking, either — because, let’s face it, this just isn’t that kind of movie. (In fact, the twist is pretty clunky.)

“From the Land of the Moon” might not a bad choice if France’s selection committee is looking for a movie to please the conservative contingent among the Oscar foreign-language voters, but it hardly seems likely to stand out among the messier, more bracing offerings from this year’s Cannes.