Gal Gadot is attached to star in and produce a remake of the Alfred Hitchcock classic “To Catch a Thief” for Paramount Pictures, according to an individual with knowledge of the project.

Eileen Jones has closed a deal to write the script. Plot details about the remake are being kept under wraps.

Neal Moritz and Jaron Varsano are also attached to produce. 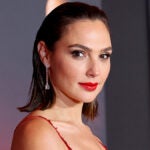 The original 1955 film starred Cary Grant as a retired cat burglar who has to save his reformed reputation by catching an impostor preying on the wealthy tourists of the French Riviera. The film also starred Grace Kelly, who played the daughter of a wealthy widow.

Gadot, who can currently be seen starring opposite Dwayne Johnson and Ryan Reynolds in Netflix’s “Red Notice,” will next be seen playing the evil queen in Disney’s live-action remake of its beloved animated classic “Snow White and the Seven Dwarfs.” The Marc Webb-directed film is scheduled to start production this year.

Jones broke out as a writer on Fox’s “Prodigal Son.” She recently sold a pitch to New Line called “Highwayman” that has Margot Robbie and Christina Hodson attached to produce.

Gadot is repped by WME. Jones is repped by Verve, Kaplan/Perrone Entertainment and attorney Todd Rubenstein at Barnes Morris.