The co-op game “It Takes Two” took the top award at the 2021 Game Awards on Thursday night. The title from Hazelight Studios and EA is anchored by an emotional story – a young girl makes doll versions of her parents, on the brink of divorce, and her parents are then transported into the dolls’ bodies and must work together to find their way out. The action-adventure title was released in March 2021 and won three awards altogether: Game of the Year, Best Family and Best Multiplayer.

The event, which took place at the Microsoft Theater in Los Angeles with an in-person audience, also debuted the first looks at a number of upcoming titles including the “Halo” TV series, Paramount’s “Sonic the Hedgehog 2” sequel and “The Matrix Awakens” Unreal Engine 5 Experience.

Check out the full list of the 2021 Game Awards winners below. 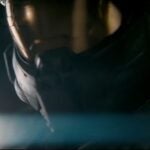 Game of the Year

Most Anticipated, Presented by Prime Gaming

Innovation in Accessibility, Presented by Chevrolet 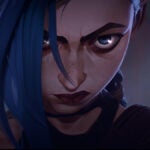