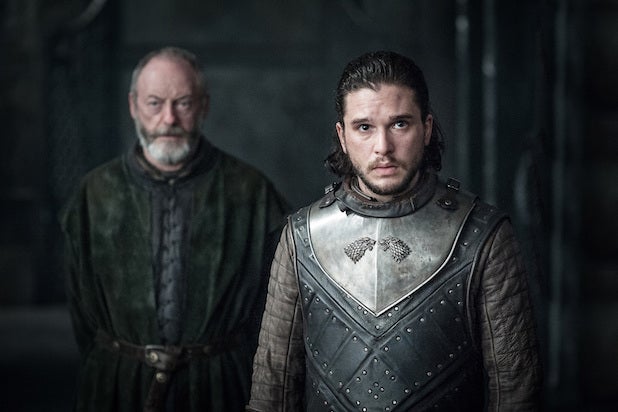 As HBO is busy trying to shore up its cyber-security, we’re beginning to get a better picture of exactly what was stolen in a recent hack of the premium-TV company.

“Due to an ongoing investigation we cannot speak to any specifics,” HBO told TheWrap when reached for comment.

That said, HBO chief executive officer Richard Plepler has been keeping his troops informed on the cyberattack. Here’s an internal email of his from Wednesday, which was obtained by TheWrap:
As promised, I wanted to update you on our recent cyber incident and where we currently stand. There has been and will continue to be an enormous amount of speculation in the media. It is important to understand that, as is often the case, things you read may very well not be true.

Many people have expressed particular concern about our e-mail system. At this time, we do not believe that our e-mail system as a whole has been compromised, but the forensic review is ongoing. We are also in the process of engaging an outside firm to work with our employees to provide credit monitoring and we will be following up with those details.

Meantime, continue to do the excellent work which defines this company across all departments and know that the appropriate teams are working round the clock to manage our way through this difficult period.

Also Read: HBO CEO: 'We Do Not Believe That Our E-Mail System as a Whole Has Been Compromised'

In the DMCA, the listed original URL is https://www.hbo.com and the “allegedly infringing URL” is http://winter-leak.com. That latter website is currently down.

Google is the recipient of the copyright complaint, which was filed by security company IP-Echelon Pty Ltd on behalf of HBO.

Here’s what the Time Warner-owned channel first said about the incident two days ago: “HBO recently experienced a cyber incident, which resulted in the compromise of proprietary information. We immediately began investigating the incident and are working with law enforcement and outside cybersecurity firms. Data protection is a top priority at HBO, and we take seriously our responsibility to protect the data we hold.”

Also Read: 'Game of Thrones': The Lannisters Are Back On Top After Just Three Episodes

Entertainment Weekly reported that the hackers obtained several unreleased episodes of “Game of Thrones,” as well as the script for the Aug. 6 episode, all of which were leaked online.

The HBO hack follows a high profile attack on Netflix by a hacker who, in April, released the current season of “Orange is the New Black” after a ransom demand against Netflix was rejected. The hacker claimed to have committed a similar attack on ABC in June, a claim Disney CEO Bob Iger denied.

Hollywood and Melbourne, Australia-based IP-Echelon did not immediately respond to TheWrap‘s request for comment.