Gaspard Ulliel, a French actor and Cesar winner known for his work in “It’s Only the End of the World,” “Hannibal Rising” and for playing French designer Yves Saint Laurent in biopic “Saint Laurent,” has died. He was 37.

According to AFP and Le Parisien, Ulliel was seriously injured in a skiing accident on Tuesday and died Wednesday after being transported to Grenoble University Hospital. He had collided with another skier and suffered significant head trauma, according to Le Parisien. His agent announced the news to press in a short release.

Ulliel is a star of Marvel’s upcoming series “Moon Knight.” He played Midnight Man alongside Oscar Isaac and Ethan Hawke. 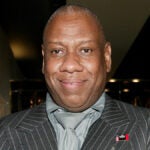 In addition to his work as an actor, Ulliel was also famously the face of the fragrance Bleu de Chanel and had a career in modeling as the son of a runway show producer and a stylist, also becoming the face of Longchamp.

After starring in a string of French TV movies in the late ’90s and early 2000s, Ulliel had a string of breakout performances in the films “Summer Things” (2002), “Strayed” (2003) and “A Very Long Engagement,” (2004) all three of which earned him nominations from France’s César Awards for Most Promising Actor, finally winning for his work in “A Very Long Engagement” alongside Audrey Tautou as a man who has disappeared from the trenches during World War I.

He made his English language debut playing Hannibal Lecter in the 2007 film “Hannibal Rising.” And some of his other notable roles include playing American dancer Loie Fuller in “The Dancer” and starring in Xavier Dolan’s film from 2016, “It’s Only the End of the World,” a performance that won him the César for Best Actor.