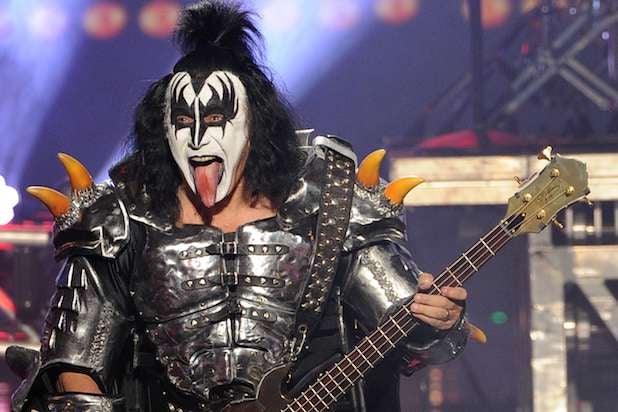 Gene Simmons not only thinks rock music is dead, it was “murdered” by the internet and the “entitled” Americans using it to steal music.

The KISS bassist, who is arguably one of the most successful living rock stars in the history of music, blames file sharing for the death of one of America’s most beloved musical genres during a recent Esquire interview conducted by his son, Nick.

Also read: KISS Bassist Gene Simmons Under Fire for Depression Comments: ‘F–k You, Then Kill Yourself’

“The death of rock was not a natural death. Rock did not die of old age. It was murdered,” the often outspoken 65-year-old musician and entrepreneur said. “The masses do not recognize file-sharing and downloading as stealing because there’s a copy left behind for you — it’s not that copy that’s the problem, it’s the other one that someone received but didn’t pay for.”

“The problem is that nobody will pay you for the 10,000 hours you put in to create what you created. I can only imagine the frustration of all that work, and having no one value it enough to pay you for it,” Simmons continued. “It’s very sad for new bands. My heart goes out to them. They just don’t have a chance. If you play guitar, it’s almost impossible. You’re better off not even learning how to play guitar or write songs, and just singing in the shower and auditioning for ‘The X Factor.'”

Simmons further explained that he blames “white, middle and upper-middle-class young people” born in the United States for the widespread use of file sharing, a digital phenomenon that began in the late ’90s with the invention of Napster.

“All the freedoms and opportunities you have here are expected, and you feel entitled. I think this has taken over the American psyche. I find that many of the more patriotic people are immigrants, and they’re the ones who stand still when the flag goes up, out of gratitude,” Simmons, who immigrated to the U.S. from Israel at the age of eight, said. “My sense is that file-sharing started in predominantly white, middle- and upper-middle-class young people who were native-born, who felt they were entitled to have something for free, because that’s what they were used to.

If the pessimistic outlook from the leader of the KISS Army doesn’t scare aspiring artists from climbing what he calls “an insurmountable mountain,” maybe his advice to them will: “Don’t quit your day job.”