Under the pact, Chávez will create her own new projects, as well as supervise other writers’ dramas and comedies, for all platforms, per the studio.

“Just take one look at the creators Karey Burke, Carolyn Cassidy and their teams are uplifting at 20th Television and you’ll quickly see a studio investing in a brighter future for representation in media,” Chávez said in a statement Monday. “I’m thrilled that I get to be a part of this family and add this bold Xicana voice to 20th’s legendary canon of television. We’re about to make some bomb-ass shows together and showcase the gorgeous array of stories that exist in our BIPOC communities. With them as my champions I know there’s nothing we can’t achieve. Hollywood’s not ready!” 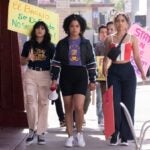 Karey Burke, president of 20th Television, added: “Linda is a tour de force writer with a spectacular voice and her series ‘Gentefied’ is as hilarious as it is powerful. She’s incredibly versatile and she shares our passion for fearless, inclusive storytelling — and on top of all that, she happens to be a fantastic person. Carolyn and I made it our mission to get her to this studio and we’re pinching ourselves she said yes.”

Chávez is best known as the co-creator, co-showrunner, director, and executive producer of Netflix’s comedy series “Gentefied,” which is produced by America Ferrera and MACRO. The first season of the series was a Peabody Awards nominee and nominated for three Imagen Foundation awards, including Best Comedy Series.

Chávez is currently showrunning the second season of “Gentefied” and preparing to make her directorial debut with her feature film “Fieras.” 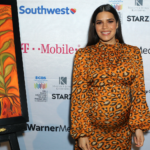 Additionally, Chávez adapted author Erika L. Sanchez’s “I Am Not Your Perfect Mexican Daughter” into a feature film for Anonymous Content and MACRO. The movie, which marks America Ferrera’s directorial debut, is set to debut on Netflix. Chávez also co-wrote the script for Eva Longoria’s directorial debut “Flamin’ Host,” which tells the story of Richard Montanez, the creator of Hot Cheetos.

She is repped by The Mission Entertainment, WME, Del Shaw/Moonves and ID PR.